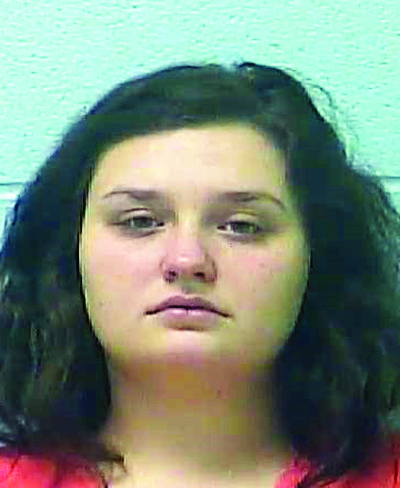 The final person charged with a 2014 apartment shooting will face a jury in May.

Lillian Barnett, 20, is alleged to be the person who drove Aaron Stailey, Christopher Robinson and Lamont Wilkerson to an apartment complex on Oxford Drive on Dec. 23, 2014. The other three all pleaded guilty in September and have been sentenced to terms ranging from 25 to 30 years.

Barnett is charged with complicity to commit murder, first-degree burglary and first-degree assault for the incident which left one person dead and two others with gunshot wounds.

Barnett was the only one of the four who did not reach a resolution to the case through felony mediation.

During their guilty pleas, Robinson, Stailey and Wilkerson all said Barnett drove them to the apartment complex and knew about the planned robbery. They said Barnett also drove them away from the scene, stopping at Clark Regional Medical Center to drop off Robinson, who got shot during the incident.

The three said they went to the apartment to rob Justin Meadows. Robinson was the only one who entered the apartment. He said he had an assault rifle and fired as he tried to push into the apartment. Meadows returned fire, shooting Robinson. During the exchange of gunfire, a bullet went through the floor of Meadows’ apartment into the one below, striking and killing 19-year-old Amber Caudill.

Meadows and Crayvonne Ritchie, who was in the apartment when everything began, were wounded as well. Both men were treated for gunshot wounds.

Barnett was originally scheduled for a trial later this month, but it was postponed to allow time for attorneys to prepare, as they thought it would be resolved through mediation.

Man charged for exposing himself to 15-year-old