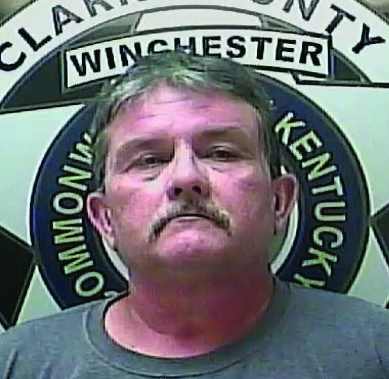 Witt, 52 of 4013 Paris Road, was arrested last summer by the Clark County Sheriff’s Office following reports he was selling pills.

According to court records, Witt pleaded guilty to two counts of distribution of oxycodone. Each count carries a maximum sentence of 20 years in prison, a $1 million fine and three years of supervised release. Witt was incarcerated following the hearing in Lexington. His sentencing hearing was set for April 10 in Lexington.

Witt was arrested July 13 following a controlled buy from Witt using a confidential informant with the sheriff’s office. Following the buy, deputies stopped Witt’s vehicle and recovered the marked buy money as well as his badge and firearm.

Once the judge’s order in entered and Witt is convicted, he would automatically resign and the office would be vacant, Clark County Judge-Execituve Henry Branham. As of Saturday morning, Branham said Witt has not resigned.

Witt has been a constable since 2007.

In Clark County, constables serve papers for the court system. State law affords them full law enforcement powers, but Clark County ordinances prohibit them from having blue lights or other emergency equipment in their vehicles.