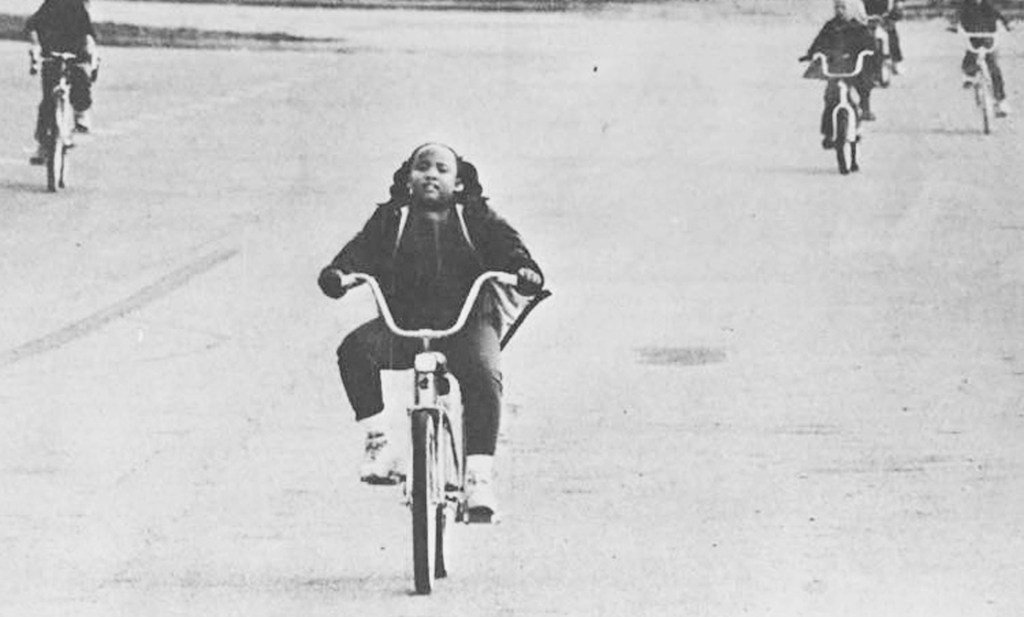 At the end of an otherwise routine — and short —meeting Wednesday, the Clark County Fiscal Court once again grappled with the problem of skateboarders using Mt. Sterling Road on their way to the skateboard facility at Lykins Park.

“The fact remains that we need a walkway or bikeway out there, and we’ve needed it for eight years,” Magistrate Jerry Rogers, whose district includes the park, said. “And I’m going to bring it up at every meeting until we get it done.”

Starting the day off with a steaming beverage and a newspaper isn’t just for grown-ups anyomre. This morning, Clark Middle School opened Clark Cafe, a “middle school version of Starbucks,” which teachers will use to reward students for good behavior, said assistant principal Greg Hollon.

Organizers nixed the formal, fancy starts of the past and collaborated with Big Brothers/Big Sisters of the Bluegrass to announce this year’s $280,000 goal for its annual fundraising campaign. A handful of United Way supporters, including Mayor Ed Burtner and Fire Chief Danny Castle, partnered with children at Shearer Elementary School to be “Bigs” and “Littles” for a day.

Max is home! The small black Pomeranian cam home in early August after being missing since Nov. 25, 2006. An overly-friendly dog, Max did not run away, nor did he wander away. He was stolen.

After months of searching and interviewing, the Winchester Board of Commissioners on Tuesday hired a permanent director of planning and community development in the city’s much-debated planning office. Deborah L. Bruckman, a senior planner in the city of Manassas, Va., is scheduled to fill the position Nov. 12. She will replace interim director Curt Freese, who took over in February following the retirement of 32-year planner Robert Blanton.

If it could be set up and sold under a tent, it probably was for sale at the 24th annual Daniel Boone Pioneer Festival Saturday and Sunday at College Park. Jewelry, handmade knick knacks, woodcarvings, dulcimers, furniture, paintings, handmade clothing, food — you name it, it was there.

Conkwright and Clark Middle schools clashed Thursday night at Conkwright Field in two of the most evenly-matched seventh- and eighth-grade games the teams have played in a few years. Clark swept the evening, but not easily, with a 6-0 win in the seventh-grade game and a 16-6 triumph in the eighth-grade game.

Possible traffic problems on McClure Road prompted the Winchester Clark-County Planning and Zoning Commission to table a request from Brooks Place developers for a entrance to April Way from Colby Road at McClure Road during its monthly meeting Tuesday night at the Clark County Courthouse.

A noise ordinance for Winchester? The Winchester Board of Commissioners briefly discussed a draft of such an ordinance, modeled after a Florida statute, at its meeting Tuesday night, but took no action. The ordinance was prepared by City Attorney William Dykeman at thre request of Commissioner Kenny Book.

The College Park Gymnasium renovation project is a little more than a month away from completion, according to the architectural firm in charge of it.

Student pilot Carmen van Dijhen thought she was embarking on a three-point cross-country solo flight Wednesday when she took off from KCI Aviation in Bridgeport, W. Va. Instead, she ended up executing a perfect emergency landing in a field on R.H. Scobee farm on Boonesboro Road when she experienced engine trouble.

Winchester has been designated a certified city for the sixth consecutive year by the Kentucky Chamber of Commerce.

Charm, beauty and grace came to Winchester Tuesday in the person of Helen Hayes, who lived up to her reputation of “First Lady of the theater.” Miss Hayes, who will appear this evening at the University of Kentucky College of Fine Arts, was the houseguest of Mr. and Mrs. B.D. Goff, South Main Street.