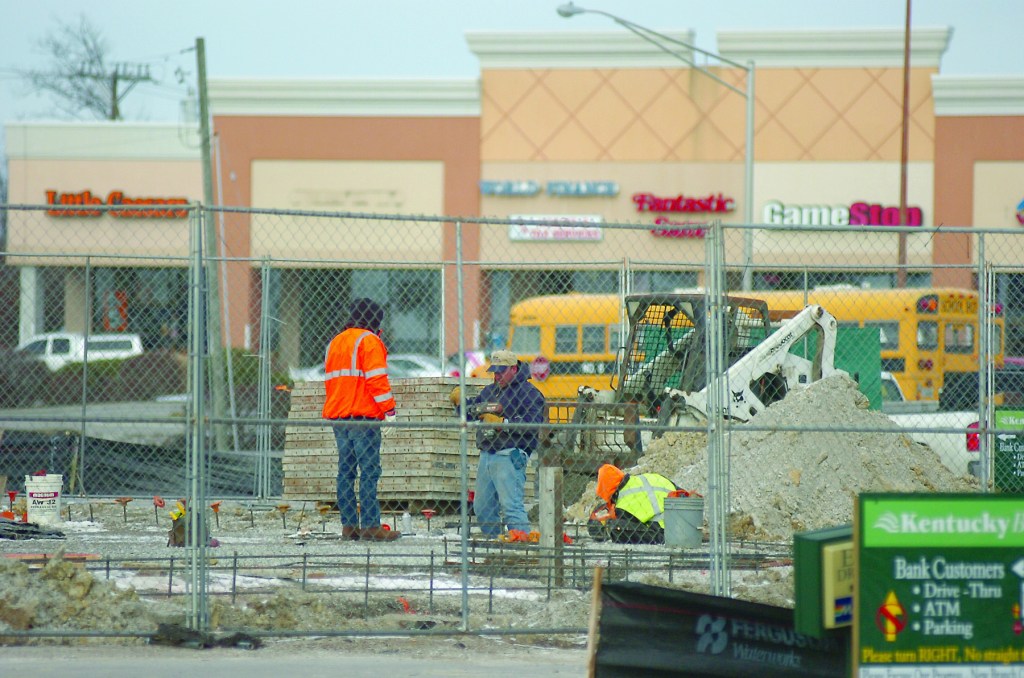 Work begins on the new Kentucky Bank location at the corner of the bypass and Colby Road. Kentucky Bank Central Kentucky Regional President Darryl Terry says that the branch is about 170 days from completion, barring any delays. When the building is complete, it will be the central office of Kentucky Bank in Winchester. (Photo by Seth Littrell)

Kentucky Bank’s new building at the corner of Bypass and Colby roads could be complete by June — barring any delays — according to Central Kentucky Regional President Darryl Terry.

When complete, the new building will be 1.5 times the size of the old one that stood in the same spot. The new office took more than a year to design and is one of the first steps in Terry’s plan to change the concept of banking in Winchester.

Another change to be made in the near future, he said, will be the way staff is trained.

“We’re moving toward more of a universal banker approach,” he said.

That means bank employees, for the most part, will no longer be grouped into tellers, retail lenders or other job descriptions. Instead, every employee will be an advisor who can help with any general bank business.

“We’re really excited about it,” Terry said. “We’re going to start training next week with all of our employees.”

Additionally, the new building will not feature a traditional teller counter. Instead, Terry said business will be done at individual “pods” which provide a more one-on-one experience.

The new space will also offer other amenities designed to make coming to the bank more engaging. Terry said he wants visits to the bank to be seen as “five minutes of sunshine” by customers.

“It’s not just about the transaction, it’s about taking the time to talk to someone,” he said.

Terry said in 2017 he hopes to also finalize plans for the new Kentucky Bank building that will go on the corner of Maple and Washington streets. He said he hopes the design of the new buildings will help create noteworthy entryways into the community. 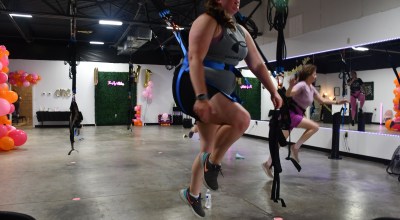 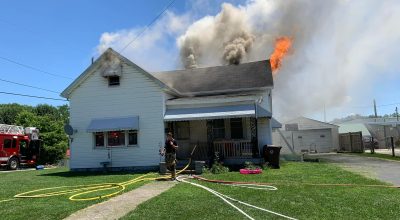