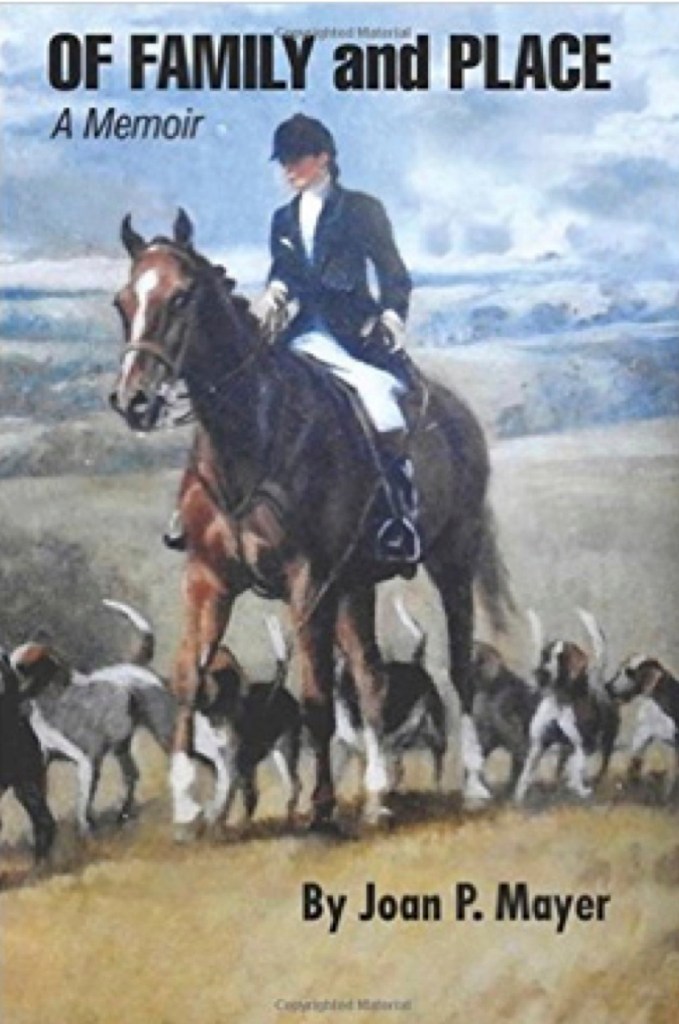 Mayer will discuss her new book, “Of Family And Place” which chronicles the traditions of her family members since they settled in Clark County in the 1790’s.

“It’s a genealogical memoir, but it has lots of little vignettes and stories,” Mayer said.

Much of the book is a collection of the oral history and stories she heard from her grandfather and father while growing up, she said. However, this is not just a collection of family stories.

Mayer also did research into the community’s local history to back up the stories she heard growing up, and the book includes photos and historical information that gives a glimpse into what life was like for the generations of her family in Kentucky.

Mayer said her inspiration for the book came from a desire to pass her family’s history on to her children.

“The reason I started writing it was because my children wouldn’t listen to me,” she said. “So I decided I would make a written record of our story.”

The conglomeration of stories encompasses a wide area of what is now Southwestern Clark County.

The presentation of the book will be accompanied by a slide show featuring historic photographs, Mayer said.

Much of the book covers the family members’ involvement in the Iroquois Hunt Club, in which they were very influential.

The club began in 1928 and since then has taken part in many non-lethal fox hunts in a tradition similar to those in Europe. The hunt in Clark county is the third-oldest in the country.

“People would teach their hounds to trail the foxes and they would follow on their horses,” Mayer said. “They would jump fences and stone walls along the trail. Then when they were done they would all go back to the clubhouse, sit around the fire and tell lies.”

The hunts were well known as a bonding community sport, and until the 1980s the hunting club hosted a large gathering every year at their clubhouse at the old Grimes Mill house.

The book also contains information about the community at Lower Howard’s Creek, which included mills and distilleries in its heyday.

The remnants of the community can still be seen on guided tours led by the Friends of Lower Howard’s Creek.

“It’s a story about how that part of the county was settled, how people came here and why,” Mayer said.”

She said she sees the stories of her family as a foundation for future generations to build on, which influenced the title of the book.

“Place means so much,” she said. “I think perhaps (the history) is a window into what could happen and how (the community) was developed.”

Mayer’s presentation will begin at 6 p.m. Thursday at the Bluegrass Heritage museum.