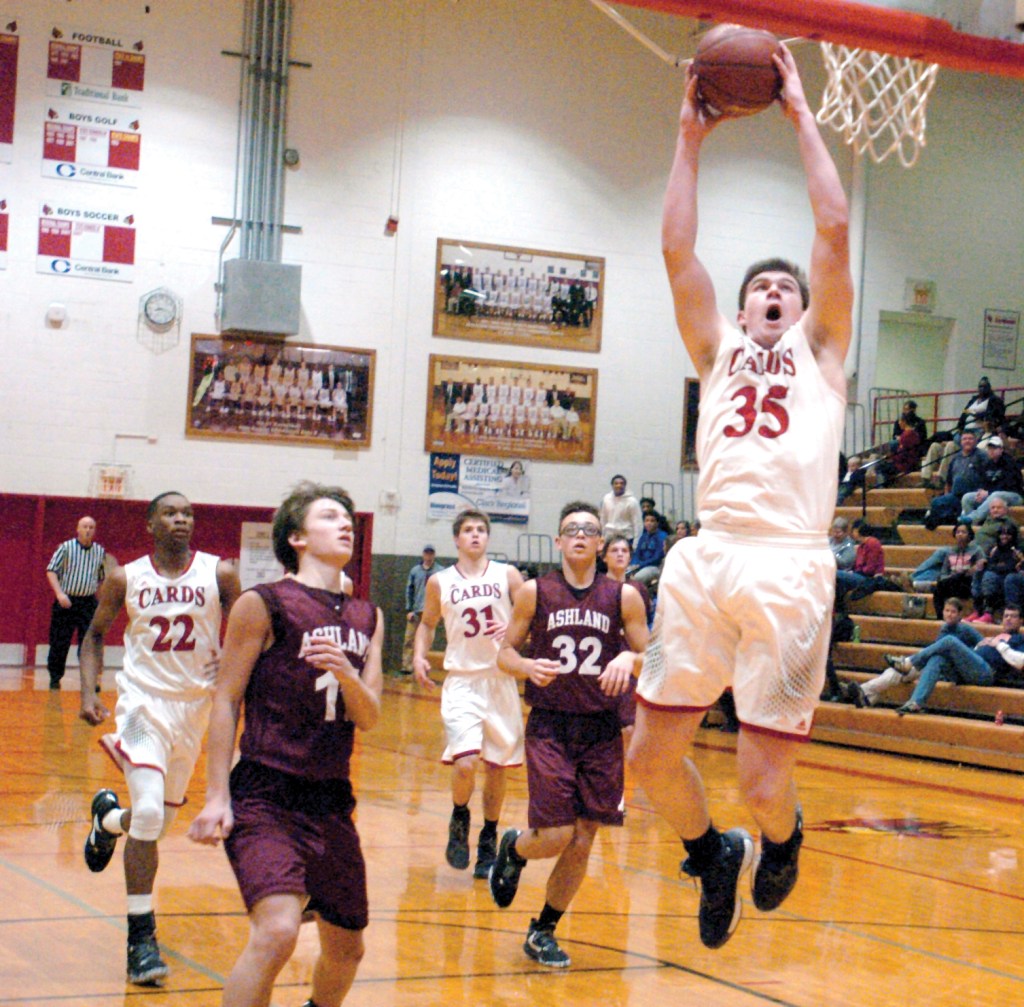 Photos by Casey Castle/casey.castle@winchestersun.com GRC’s Will Philpot, No. 35, dunks on a fast break during the second half Tuesday night at Letcher Norton Gymnasium. Jordan Graham, No. 22, and JJ Johnson, No. 31, look on.

Before hosting the MLK Jr. Classic Saturday at Campbell Junior High, the Cardinals take on their rival Montgomery County at home tonight.

The GRC girls tip off against the Indians at 6 p.m. and the boys game will follow.

Paris is unbeaten in the district at 3-0 and Bourbon County is 1-2. If GRC hopes to keep pace with Greyhounds, they’ll have to defeat Montgomery tonight.

That would buck the trend, as the Indians have won the past 11 meetings between the two teams. GRC haven’t beat Montgomery since the district tournament championship in 2012.

The Indians come into tonight’s game trying to snap a four-game skid. They haven’t won in 2017. Their last victory coming at home over Lewis County on Dec. 27.

Still, the Indians got back Jerryd Jones the past two games. He scored eight against Madison Southern and 18 in the loss to Grant County.

Norris Tucker and Hayden Chism are also averaging in double figures for the Indians.

The Cardinals will go into tonight’s contest with a balanced attack offensively. Ryan Cooper is averaging a team-high 13.5 points a game. Cooper is shooting at a 49.3 percent clip from 3-point range.

Jordan Graham is putting in 11.8 a game and Will Philpot is scoring 10.2 a contest.

Chase Taylor is nearly scoring at a double-digit pace, with 9.3 a game.

Philpot is also pulling down 8.3 rebounds a game, giving GRC a presence inside who is always a threat to record a double-double.