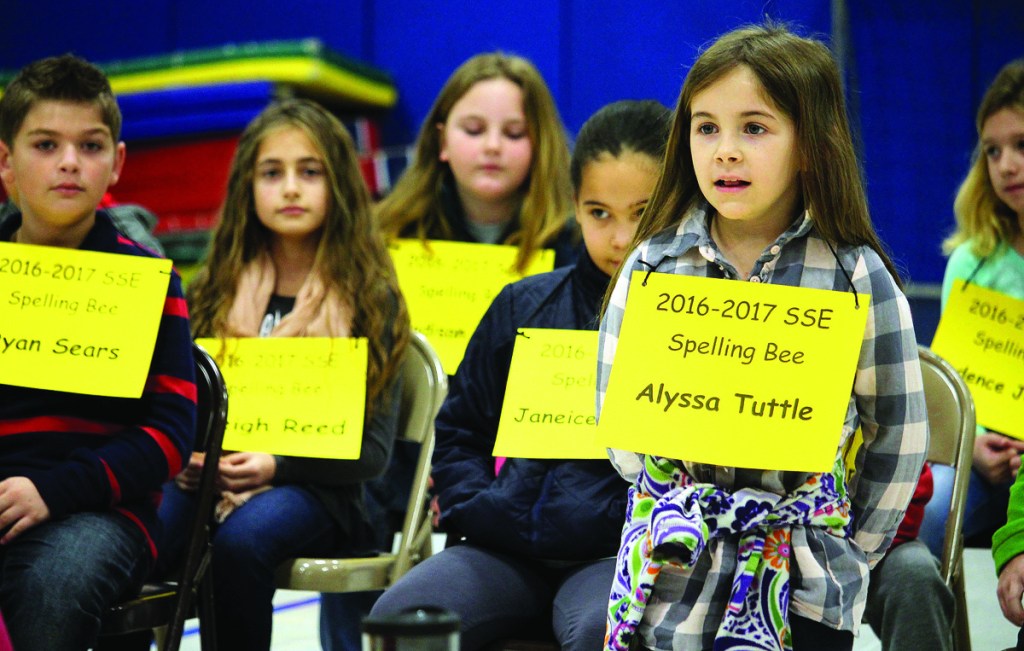 Strode Station Elementary School fourth-grader Alyssa Tuttle takes one of her turns in the school's spelling bee Wednesday morning as other contestants look on. Tuttle spelled fortune to win the contest and will go on to represent the school in the district spelling bee. (Photo by Whitney Leggett)

It was fortune that led Strode Station Elementary School fourth-grader Alyssa Tuttle to victory Wednesday morning. Tuttle spelled the word to win the school’s spelling bee in the final round.

But, Tuttle said her victory didn’t come by luck or chance.

“I studied a lot every night,” she said. “Last night I was up past 9 studying.”

Tuttle and Reed will represent the school at the district-wide spelling bee later this year.

The bee started with 15 contestants — three from each of the school’s fourth grade classes, and it took eight rounds of spelling words like believe, contract and monkeys to get to the final two.

Tuttle and Reed competed in six final rounds before the first missed word.

Both said they were nervous during the contest.

“I was even sick,” Tuttle said.

Reed said she is excited for the district competition.

“I can’t wait to get to compete against other older kids in the other spelling bee,” she said.