I-64 wreck injures one 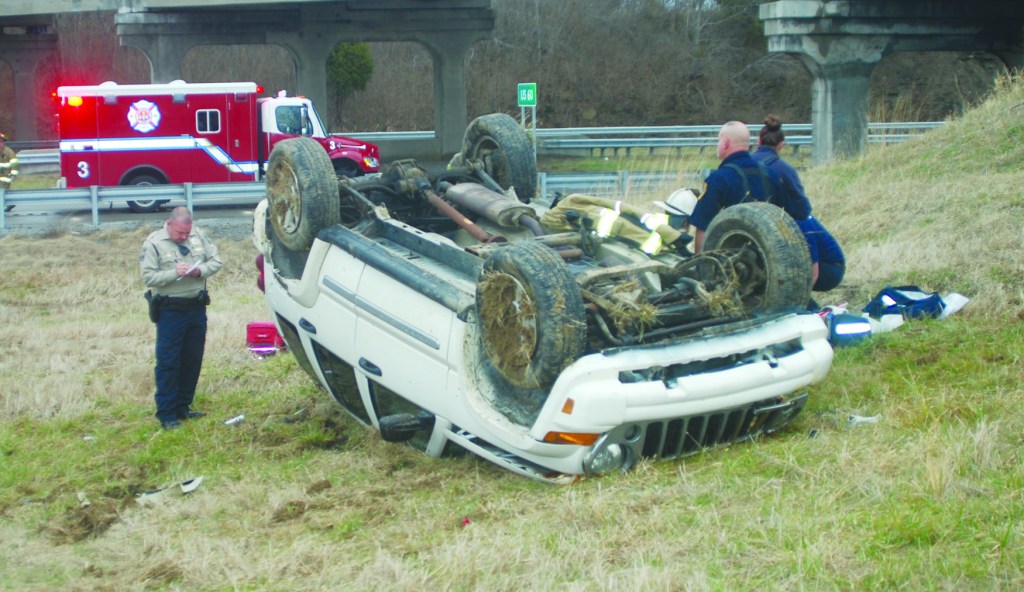 Clark County Sheriff’s Deputy Karl Rifenbark records information from a Jeep Liberty after it overturned Thursday morning at exit 101 of Interstate 64. Witnesses reported the driver of the Jeep lost control of her vehicle on the ramp and went into the grass. It overturned when it hit a dip and rolled one and a half times, coming to rest on its top. The driver, Peggy Spencer of Mount Sterling, was transported to Clark Regional Medical Center. Clark County Fire Department and Winchester Fire-EMS also responded to the accident. (Photo by Fred Petke)