Wells retires after 48 years at Pepsi 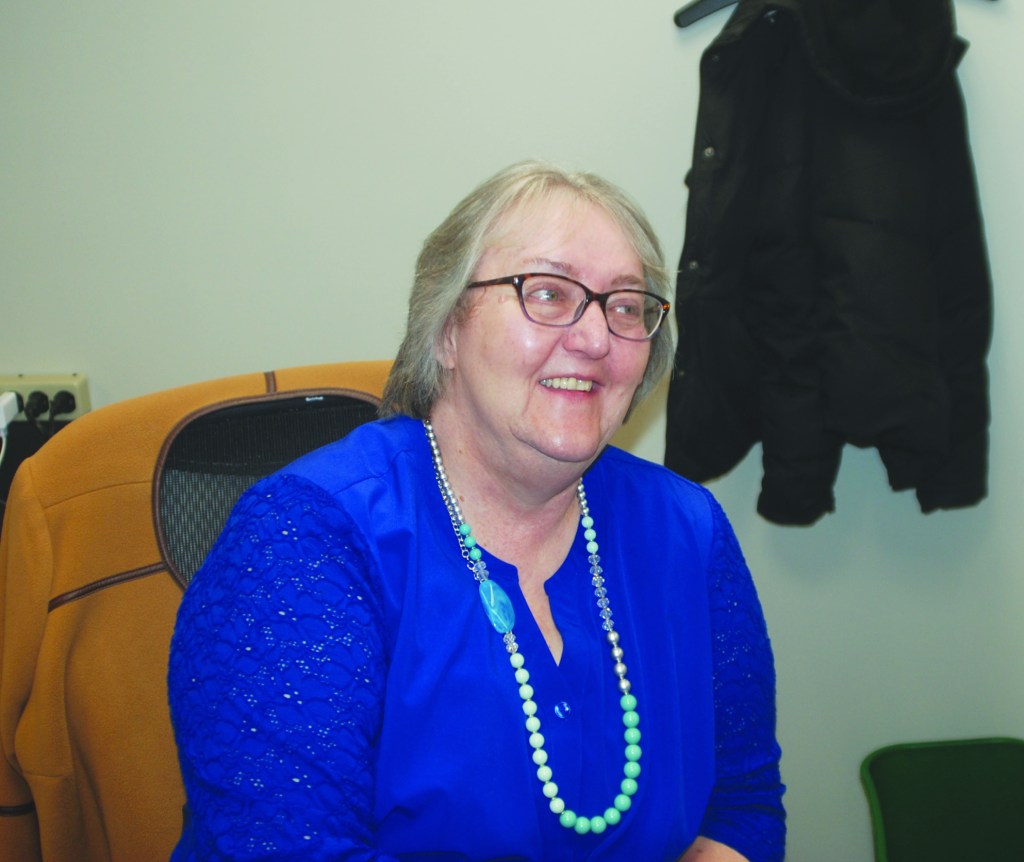 Kathy Wells has retired from the G&J Pepsi-Cola Bottlers after working with the company for 48 years. (Photo by Fred Petke)

Inside a sliding glass window at the Winchester facility of G&J Pepsi-Cola Bottlers sat Kathy Wells.

For nearly a half-century, she worked in the front office of the bottling plant on Jackson Street, keeping inventory and time sheets, greeting vendors and whatever was required.

Her career at Pepsi ended Thursday as she retired after 48 years.

“I graduated (high school) when I was 16,” she said. “I had just turned 17 (when I was hired). Way back then, we were called secretaries. That was all I ever wanted to be.”

On a recent Wednesday, Wells was training her successor and saying her farewells to regular visitors at her office window.

As people change jobs more and more frequently these days, staying with one employer for a career is enough of a rarity. Staying for 48 years is even more special.

“I’ve always told them I don’t like a lot of change,” she said. “I’m content with what I’ve got. I don’t like change so I’ll hang out.”

When her children were in school, she said the company allowed them to stay in the office after school until she finished for the day and took them home.

“They’ve treated me well here,” she said. “I’ made enough to live on and I was happy.”

That’s not to say there hasn’t been change. The biggest, she said, was implementing computers about 16 years ago.

“When I started, we didn’t have computers,” she said. “Pencils and calculators are all we worked with.”

At different times, Wells was responsible for keeping the payroll as well as inventory for the plant … by hand with pencil and paper.

“They sent me for computer classes when they finally got a PC,” she said. “Now even the drivers have hand-held computers.

“It’s a whole lot easier than it used to be.”

The biggest change happened Friday, when Wells didn’t have to go to work for the first time.

Still, she’s up for the challenge of starting a new chapter of life.

“It’s exciting but it’s scary,” she said. “I’ve never been able to stay home. I’m looking forward to being able to be home and cook.”

Her husband Rodney is still working and likely will for a couple more years, she said.

Her retirement plans, as they are, are pretty simple.

“I have four new books I’ve not read yet,” she said. “I haven’t thought too far ahead. There’s always places to volunteer. I feel like I’ll be plenty busy.”