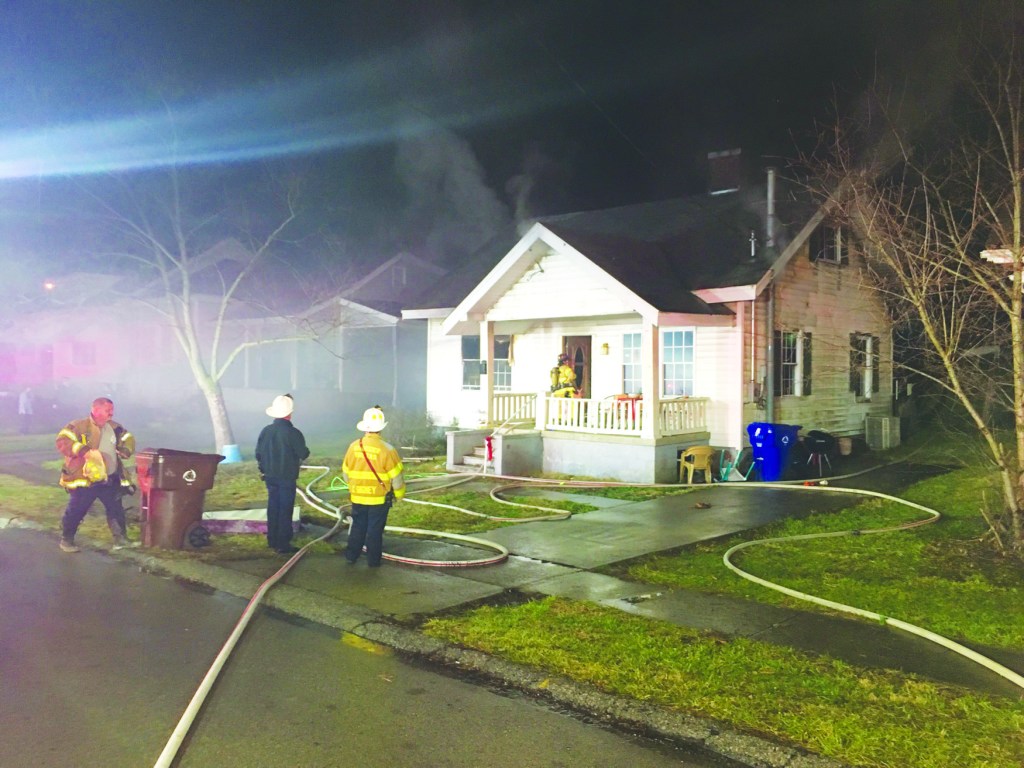 Winchester firefighters battle a fire in an unoccupied house Monday night on Holly Avenue. Investigators said the fire started near the back of the house, but the cause has not been determined. (Photo submitted)

Winchester Fire-EMS Fire Marshal Gary Henry said the fire at 20 Holly Ave. is being treated as suspicious because the house was unoccupied and was not connected to utilities.

“It looks like all the major damage was to the back porch area,” he said. Firefighters ventilated the roof while fighting the fire, and the fire caused heat and smoke damage throughout the house.

Henry said the owner Roger Lyman had been working on the house for several months but was not living there.

The fire was reported shortly after 8 p.m. Monday.

Henry said an accelerant-detecting K-9 unit from Scott County Fire Department was brought in to search the scene for possible evidence. Several things were found, but needed further analysis.

“We took some samples (and) we’re sending them to the state lab,” he said.

Firefighters were on the scene for a couple hours.