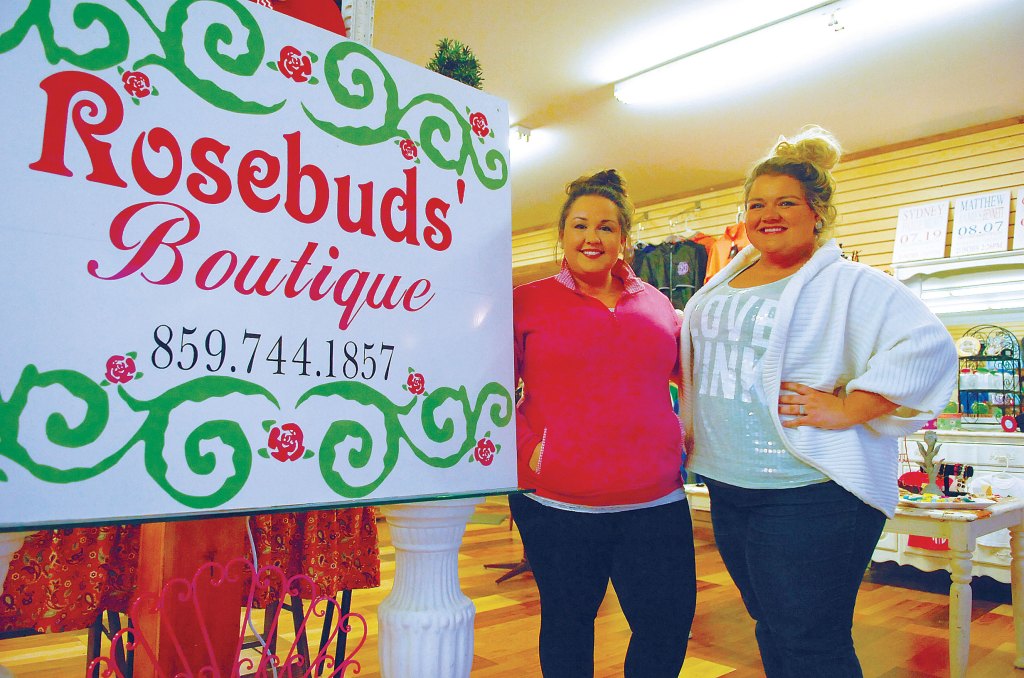 Brittany Combs, left, and Megan Bailey, owners of Rosebuds’ Boutique, say they will be able to expand their inventory as well as begin offering some new products now that they have relocated from West Lexington Avenue to North Main Street. (Photo by Seth Littrell)

Local business Rosebud’s Boutique opened Tuesday for the first time in its new location on North Main Street, next to the old Graham’s Boots building.

Owners Megan Bailey and Brittany Combs said the reason they chose to move the store from its previous location on West Lexington Avenue was twofold.

“We moved for the extra space, but also because we were interested in being part of that push to turn downtown around,” Bailey said.

The boutique offers personalized clothing and gifts for all age groups. Bailey said while the business mainly caters to women, there are items for men as well.

The boutique has been in business since Bailey opened it 2012, and Combs became a partner in January.

The new space downtown will allow the boutique to expand on the merchandise in its inventory, as well as allowing some new ventures.

“We’re starting bath bombs, bath salts and some soaps that will be made in-house with natural ingredients,” Bailey said.

The store will also be partnering with other businesses in need of space.

“We’re partnering up with Kentucky Whisky Barrels to stock some of their products,” Combs said. “They don’t have a dedicated space of their own so some of their items will be sold here.”