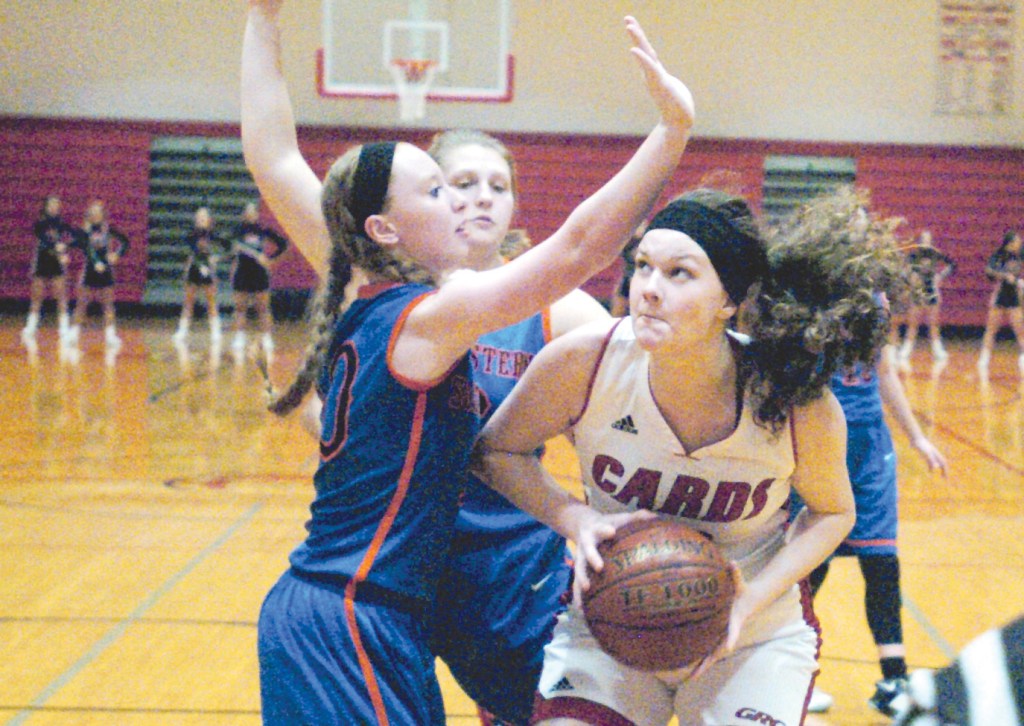 GRC’s Elizabeth Hardiman attacks the Southwestern rim during the first half Friday in Letcher Norton Gymnasium. (Photo by Casey Castle)

“We missed some easy ones, especially in the first half and our lead could have been a little bigger,’ GRC coach Robbie Graham said. “We work really hard on our defense. That’s something we’re going to hang our hat on. We’re going to miss shots sometimes and we’re going to turn the ball over sometimes. But we can always defend and rebound.”

Southwestern (12-7) refused to let GRC put the game away. Each time the Cardinals (17-2)  threatened to pull out to a big lead, the Warriors would put together a run to stay in it.

With six minutes left to play, GRC had what looked like a fairly comfortable 51-41 advantage after a Jasmine Flowers layup. But the Warriors scored seven straight points  to make it a three-point game.

“They’re a young team and they’re making shots and feeling good about themselves. We knew it was going to be a battle,” Graham said. “We were looking for a tough game. We needed one. So this came at a good time for us.”

GRC bounces back with win over Tates Creek