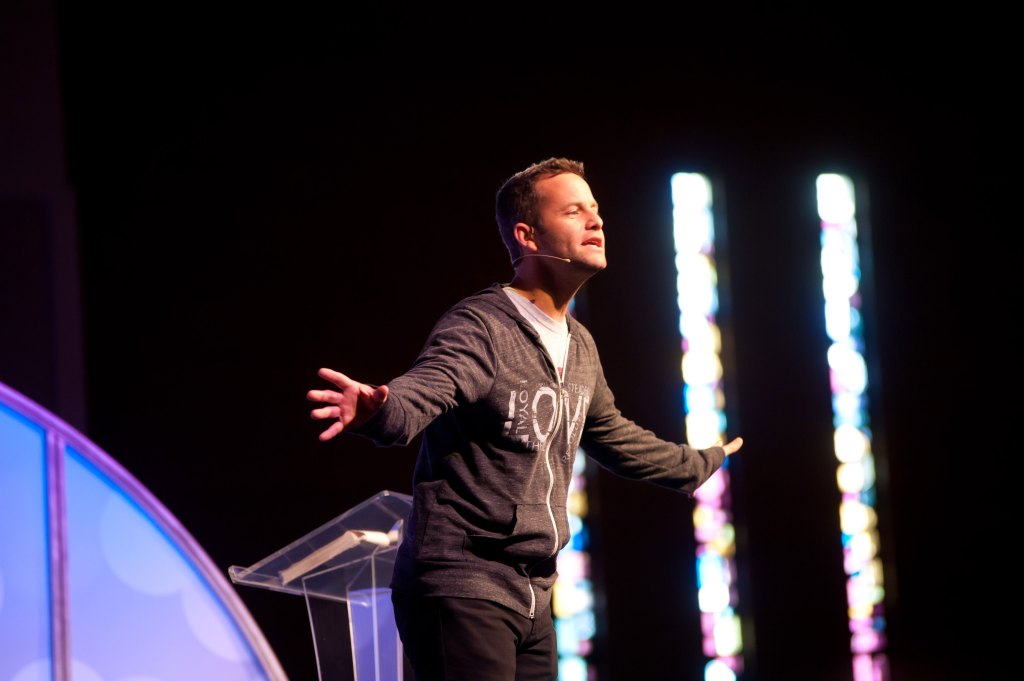 Nearly 50 percent of all marriages result in divorce in the U.S.

Seeking to reverse this modern-day norm of divorce and struggling marriages, Love Worth Fighting For, a national marriage event tour featuring television and film actor Kirk Cameron, along with speaker and singer/songwriter Warren Barfield, will make a stop in Winchester.

The three-hour-long marriage event will be at 4 p.m. Sunday, Jan. 29, at Central Baptist Church.

Through comedic stories, life experiences, music and prayer, the program seeks to give couples, singles and even divorcees a new perspective on marriage.

“I think it’s built into people to want to make marriage work,” Cameron said in a phone interview with the Sun Wednesday. “Nobody goes to the alter and says ‘I do’ thinking it’s OK if this whole thing blows up in my face,” he said. “Just like a bird doesn’t want to fail at flying, no one wants to fail at family. There are very bad consequences for a bird that doesn’t know how to fly, the same goes for families and marriages that don’t work out. It’s hard to put things back together.”

Cameron, who is best known for his role as Mike Seaver on the 1980s sitcom “Growing Pains,” said the marriage tour was sparked by the success of his 2008 film, “Fireproof,” in which he plays a firefighter on the brink of divorce who learns how to fix his crumbling marriage.

“‘Fireproof’ struck such a chord in the hearts of so many people — that movie just took off and has since helped so many marriages,” he said. “It sold more than 5 millions DVDs, many people have seen it in different languages, marriage counselors use it in therapy. We decided to turn it into a live event.”

Cameron said about 9,000 people came to the first event and since thousands more have participated in the event in more than 150 cities.

“It’s a three-hour date night where we laugh together, sing together, and learn together how to strengthen our relationships,” he said.

Warren Barfield, who wrote “Love Is Not A Fight,” the theme song for “Fireproof,” will perform throughout the event.

Cameron has been married since 1991 to Chelsea Noble, who played his girlfriend on “Growing Pains.” The couple has six children between ages 14 and 20 — four of whom are adopted.

Cameron said he draws from personal experience while relying on God’s word about marriage.

“I don’t have a PhD in marriage counseling, so if that’s what you’re looking for, I’m not your guy,” he said. “But if you’re looking for someone who knows what it’s like to be married, to have six kids, to adopt four kids, to have teenagers, that’s me. We have our own unique challenges, but above all else, we believe marriage and family are worth fighting for.

“You don’t need a PhD to open the Bible and read God’s word. God speaks with authority on the subject of marriage. His advice is perfect and solid and works every time. And he’s kind enough to make it understandable for people like you and me.”

General admission tickets are $22.50, while VIP tickets are $50. VIP tickets include seating in VIP section, access to the VIP-only autograph session, and a pre-event Q&A with Cameron. Group tickets are also available for groups of 10 or more at a price of $20 per ticket.

For more information about the Love Worth Fighting For tour and to order tickets visit www.loveworthfightingfor.com.