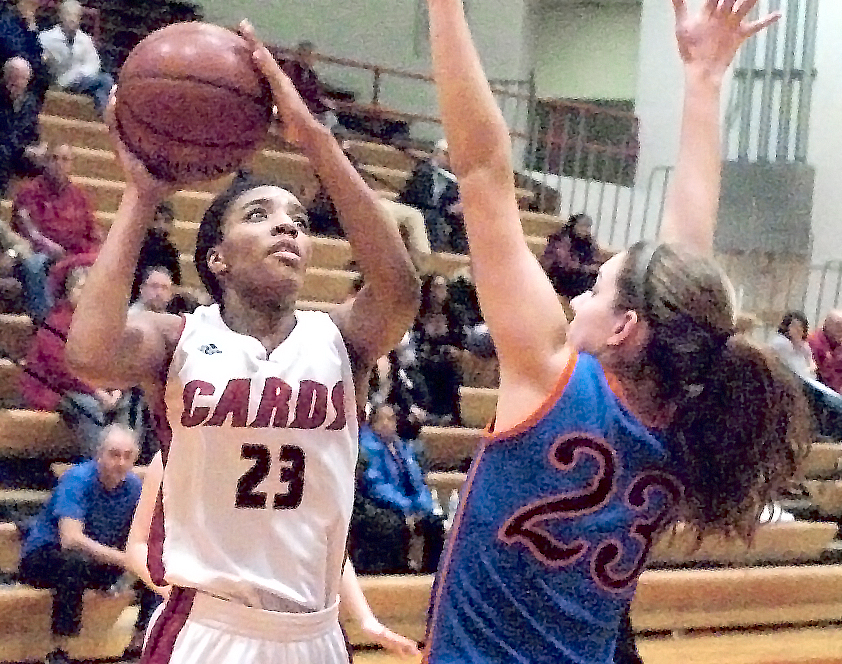 Since the preseason, the George Rogers Clark High School girls basketball team and Mason County have been considered the top two teams in the 10th Region.

In a preseason coaches poll and every weekly poll since, the Royals (14-4) and the Cardinals (17-2) have been 1 and 2 respectively.

GRC is riding a six-game winning streak, coming off a 65-55 over a tough Southwestern team last week.

The senior-laden Mason team is coming off a 77-14 dismantling of Montgomery County. The Royals have dropped their past two away games and GRC is undefeated at home.

McNutt and Boone are Mason’s best rebounders, pulling down 5.4 and 4.6 a game respectively.

Jasmine Flowers and Kennedy Igo each score 11.1 points a game to lead the Cardinals offfensively.

Behanan, Bell and Hardiman do a lot of work in the paint for GRC. Behanan grabs 7.6 boards a game while Bell snags 6.1 and Hardiman 5.5.

Harrison averages about 4.2 rebounds a game.

The Royals have won the past two meetings between the teams. Mason won at home, 49-42, last season. The Royals also won the 2015 10th Region Tournament Championship game, 51-47, which was also at Mason County.

The tip is set for 7:45 at Letcher Norton Gymnasium tonight.