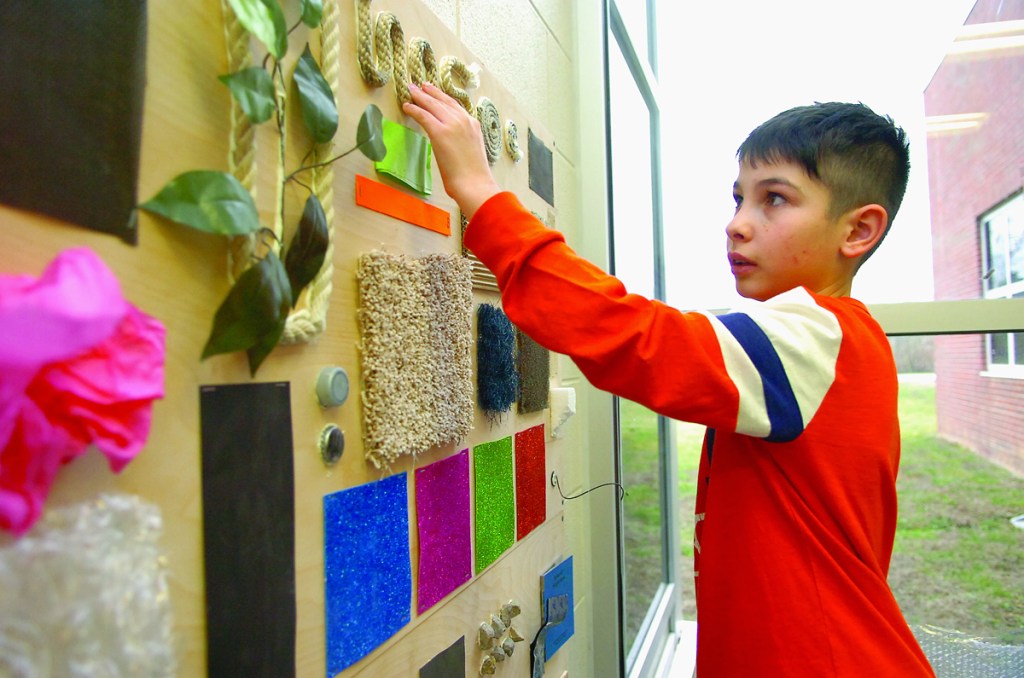 Students in the special education program at Justice Elementary have a new tool to help them learn thanks to the resourceful thinking of two maintenance workers.

Tony Rickets and Mike Terry say that when they showed up at the school one day with a work order to move bulletin boards they were met with an unusual request.

Special education teacher Whitney Barnes and others at the school were trying to create sensory boards for the students there.

A sensory board features a collection of different textures designed to help children with sensory integration issues that make it more difficult for their brains to interpret and respond to sensory information.

However, Ricketts and Terry said they had some safety concerns when they heard the plans to turn bulletin boards into sensory boards.

“What they wanted wouldn’t have worked,” Terry said. “A 12-inch piece of tile would have fallen off.”

The two decided to try building the boards on their own. They took some supplies that Lowe’s had donated to the project and combined them with some materials that they found in and around their workshop.

“We had as much fun putting it together as the kids have using it I think,” Ricketts said.

When the two brought back the new boards, Ricketts said the response from the students was touching. The students in the special ed class had made them thank-you cards.

“It was cool when we got the cards from the kids,” he said. “It was really cool.”

The boards are now mounted on the wall of the classroom in a special “sensory area,” Barnes said.

Barnes said she is grateful to Terry and Ricketts for the work that they put into the project.