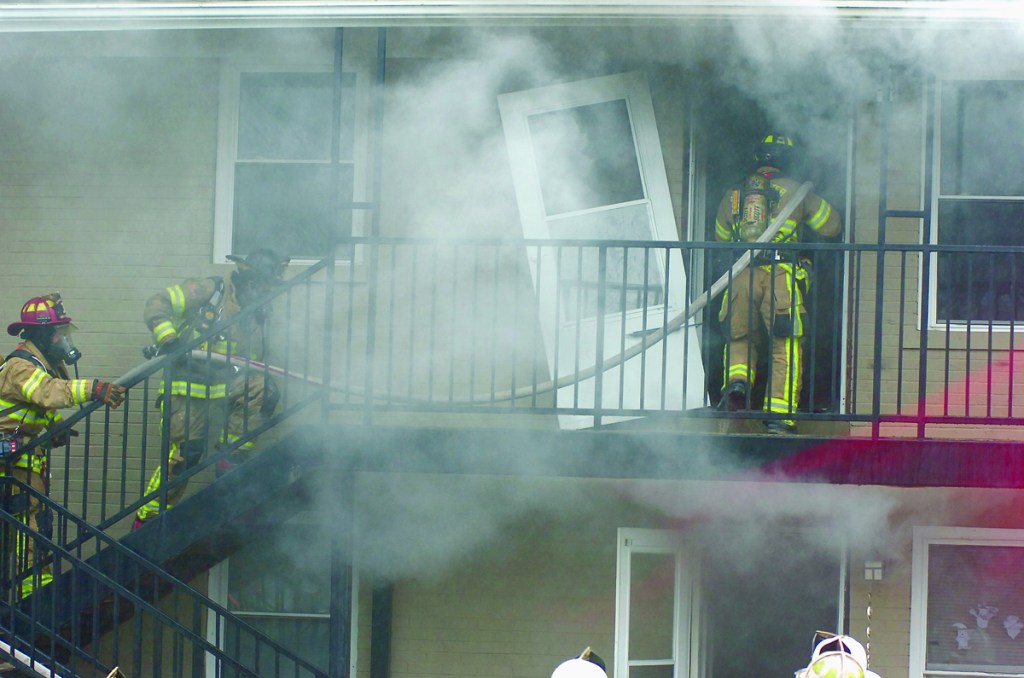 Winchester firefighters responded Wednesday afternoon to an apartment fire at a complex on College Street.

Winchester Fire-EMS Battalion Chief Chris Whiteley said the department received a call at 2:26 p.m. about smoke in some apartments.

“When we arrived, there was heavy smoke and fire in apartments on the second and first floors,” Whiteley said.

He said the cause of the fire is still under investigation, and there were no injuries as a result of the fire.

“Everyone was out when we arrived,” he said.

Whitely said the two affected apartments suffered substantial damage, and the Red Cross has been notified to assist those who may have been affected by the fire find shelter.