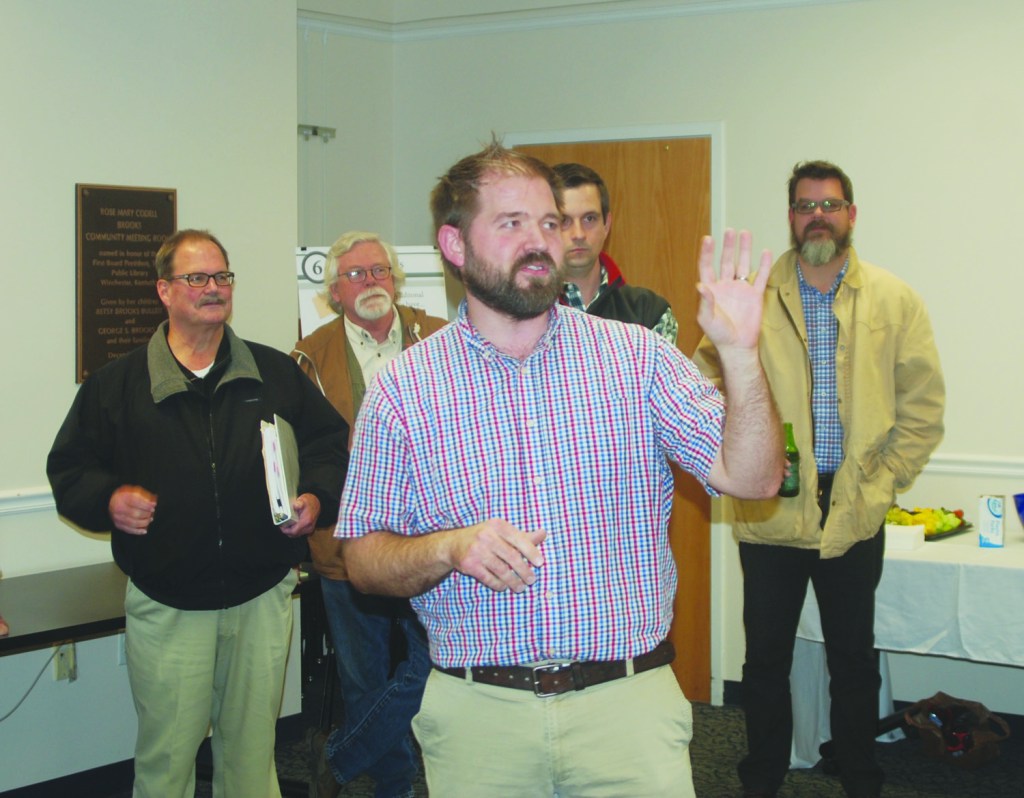 Clark County residents have another chance to offer their input for an updated comprehensive plan for the city and county.

The second public workshop begins at 5 p.m. today at Hall’s on the River. Winchester Planning Director Robert Jeffries and representatives from Taylor Siefker Williams Design Group, consultants hired by the comprehensive plan committee, will be at the restaurant helping the public share their opinions and desires for changes to the plan.

The comprehensive plan is designed to guide development in Winchester and Clark County for the next 20 years. The plan must be updated every five years.

Jeffries said he’s not seen all the suggestions and ideas from Tuesday’s session at the Clark County Public Library, but was encouraged by the turnout.

“I think it was a pretty good night and a chance for people to share their goals,” he said. “I’m excited to look at more of the big ideas and concerns as well.”

Those who attended were asked to write their suggestions, comments and concerns on notes to stick on four signs related to the future, community assets, values and a “big idea” for the updated plan.

Another wall was covered with an aerial map of Clark County. People were asked to place different colored stickers to mark where they shop, live, work and places they love.

Jeffries said Taylor Siefker Williams employees will compile all the information and ideas from both meetings and present it to the 15-member update committee at a future meeting.