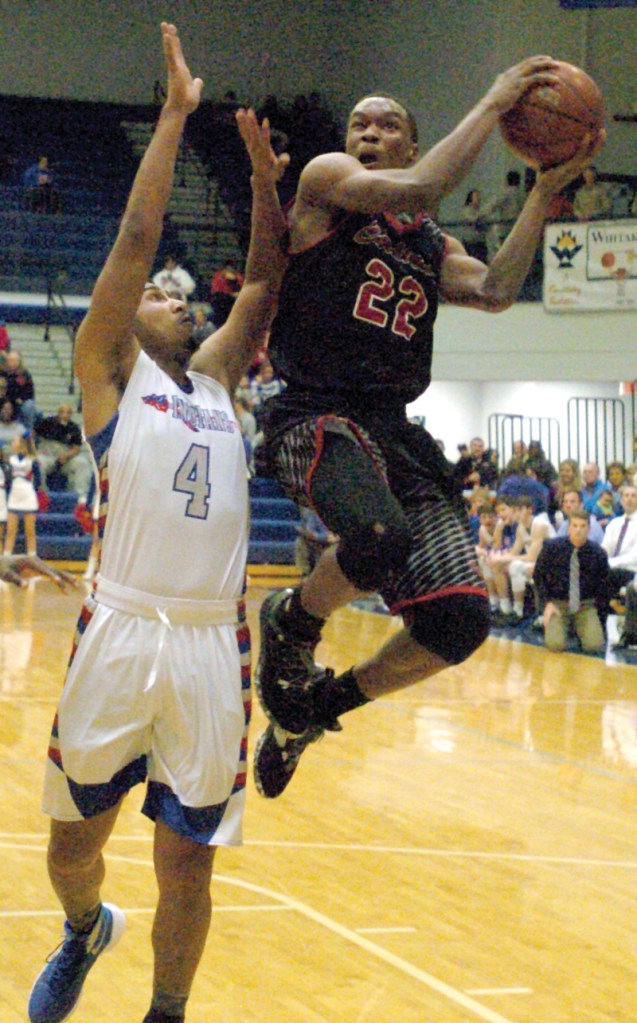 MOUNT STERLING — The George Rogers Clark High School boys basketball team held Montgomery County to just 10 points in the second half to win for the second time in as many games in the rivalry.

The Cardinals were 53-37 winners Friday mostly thanks to a strong defensive effort in the second half that kept the Indians from mounting a comeback on their own floor.

GRC missed a handful of point-blank shots that rolled off the rim.

“Some of those were obvious fouls in my opinion, but that’s something you have to deal with,” GRC coach Josh Cook said. “You have to go ahead and finish strong and not worry about the foul. Sometimes a call will be missed.”

The Indians tied the game at 30 with five minutes left to play in the third quarter, but the Cards allowed just seven more points the rest of the game.

“Defense was definitely better,” Cook said. “We didn’t trap as much in the second half. We sat back and concentrated on just being solid defensively.”

The Cardinals also opted to front Jerryd Jones, who had a game-high 17 points but just five in the second half.

Philpot finished with a double-double —14 points, 13 rebounds and a pair of blocked shots.

The Cardinals won’t play again until Feb. 3 when they travel to Mason County.