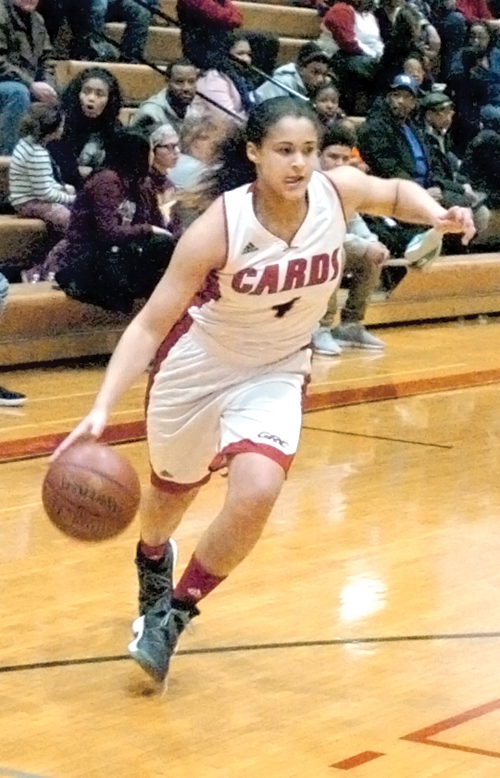 The George Rogers Clark High School girls basketball team wants another shot at reaching the region title game. And the Cardinals took one step toward getting there Monday night.

GRC defeated Bourbon County, 70-38, at home to finish a perfect 6-0 stretch through district play, which assures the Cardinals the top seed in the district tournament.

“That’s always a goal going into the season,” GRC coach Robbie Graham said. “So it’s good to check that off.”

None of the six games the Cardinals played this season were close — GRC won each by an average of 74-34.

The Colonels had a little more punch in the second half, but the Cards stuck with them to hold a 44-21 lead at halftime.

A 20-5 effort in the third quarter essentially put the game away.

Bourbon has locked up the No. 2 seed with Montgomery County and Paris still with a meeting left to decide how the rest of the field will look.

GRC takes on Covington-Scott (12-10) Friday on the road then travels to Bracken County (9-9) Saturday in a pair of 10th Region matchups.

GRC owns a 7-1 mark in the region with the only setback the 54-51 loss to Mason County last week.

The Cardinals will spend the next two weeks before the postseason working on preparing themselves for a deep tournament run.

“I like where we are,” Graham said. “Our goal is to get better every day and grow stronger together. We’re going to stay the course and keep climbing that mountain.”