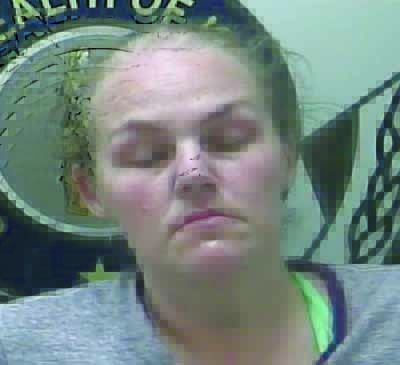 A week after her husband pleaded guilty to holding an Ohio man against his will in their apartment, his wife did the same.

Elizabeth Ball, 34, of 149 Winn Ave., was sentenced to the 99 days she’s already served for complicity to second-degree unlawful imprisonment. An additional 120 days were conditionally discharged for two years, for a total sentence of 219 days.

Last week, her husband James Ball pleaded guilty to a 360-day sentence, but will serve 90 days with the balance conditionally discharged as well.

Both James and Elizabeth Ball were arrested in August for holding an Ohio man against his will in their apartment. Winchester Police were investigating a stabbing outside their apartment and followed a blood trail to the Balls’ apartment. Once there, officers found Frank Dunlap of Cincinnati in a back bedroom.

Dunlap told police the Balls kept him there for several hours, assaulted him and threatened to kill him. He also said Elizabeth Ball repeatedly taunted him as well.

Neighbors told police they heard a man pleading for his life.

Elizabeth Ball was also ordered to stay away from Dunlap upon her release.

“He lives in Cincinnati. That’s no problem,” Ball told the judge Wednesday in Clark District Court.