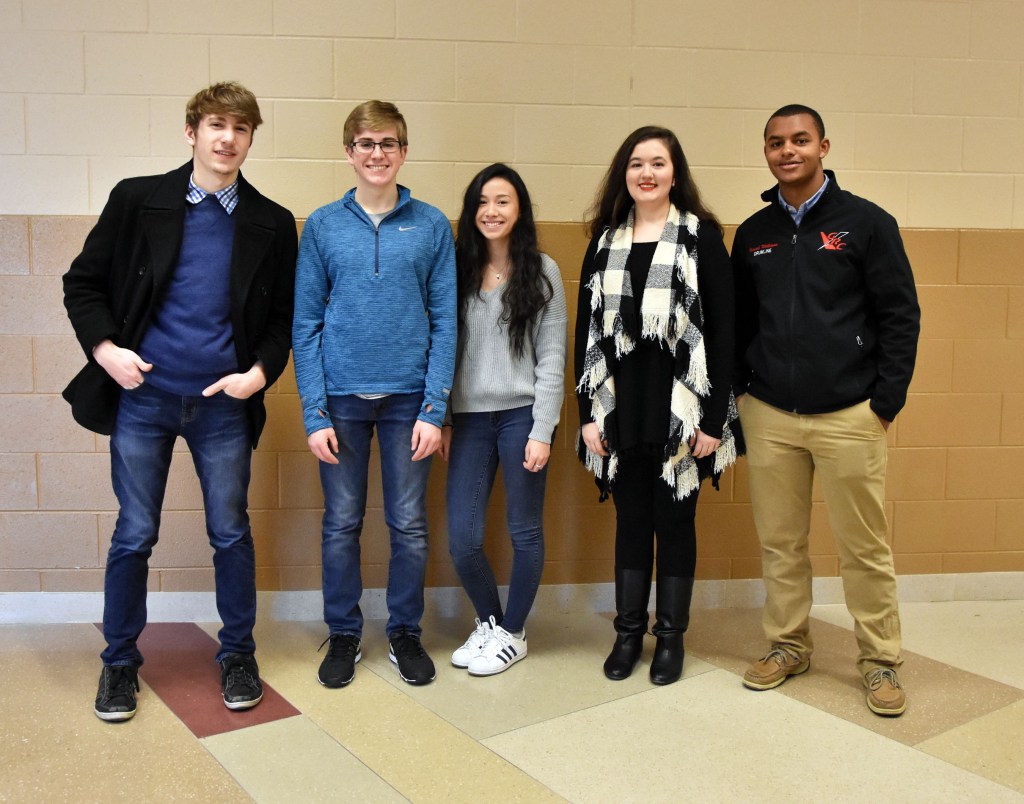 The hard work of five George Rogers Clark High School Students will be rewarded this week as they head to the Kentucky Music Educators Association conference in Louisville.

The conference runs from Wednesday until Saturday.

Taking part in the conference from Clark County will be GRC Chorus members John Shields, Luke Martin and Sarah Kennedy along with Serena Hutchins from the GRC Orchestra and Isaiah Williams from the GRC Band.

The students will spend the week meeting and practicing their skills with students and teachers from across the state culminating in a large concert at the end of the conference.

Getting to this point was not easy for the students, who each had to pass work-intensive auditions within their discipline to be selected for KMEA.

Kristopher Olson said that thousands of students auditioned to be a part of the All-State Chorus, but only about 500 were selected in the end.

“It can be a rigorous process, but these kids can handle it,” he said. “These are the kids who tend to seek out these kind of opportunities, they like to be challenged.”

Band Director Michael Payne said that for Williams, who plays the snare drum, this has been the culmination of several years’ work.

“He takes private lessons, and participates in every musical ensemble we have available,” Payne said. “He also plays at church and with friends on the weekends.”

Orchestra Director Nicola Rohr said that Hutchins, a violinist, had to compete with hundreds of other students and began practicing the music for her October audition as soon as the school year began.

And the audition is only the beginning for students who are selected.

“Serena will spend three days next week in Lousiville rehearsing music with the other All-State musicians,” Rohr said. “In the course of two and half days, the students put in around 25 hours of rehearsal, so they will spend a lot of time playing.”

The work put into both auditioning and being selected for KMEA does not go unnoticed though, as Olson said it will look very good on the resumes of all five students as they  look at college and career options in their futures.

Plus it’s a source of pride in their hometown, especially for the teachers who watched these students turn into the performers they are today.

“I couldn’t be more proud of his dedication to our band program,” Payne said of Williams. “Besides being an outstanding percussionist, Isaiah is a model student and a great human being. I take very little credit for his success.”

Olson and Rohr shared similar sentiments for their students.

“It is a tremendous honor to have such a dedicated musician in my class,” Rohr said. “(Hutchins) has worked hard to become such a good player and totally deserves to have been selected for All-State.”

“Before these students auditioned I was proud of them,” Olson said. “They put in long hours after school and during lunch. One of my students told me this year that ‘I’m going to be an All-State student if it kills me,’ and lo and behold, she made it.”