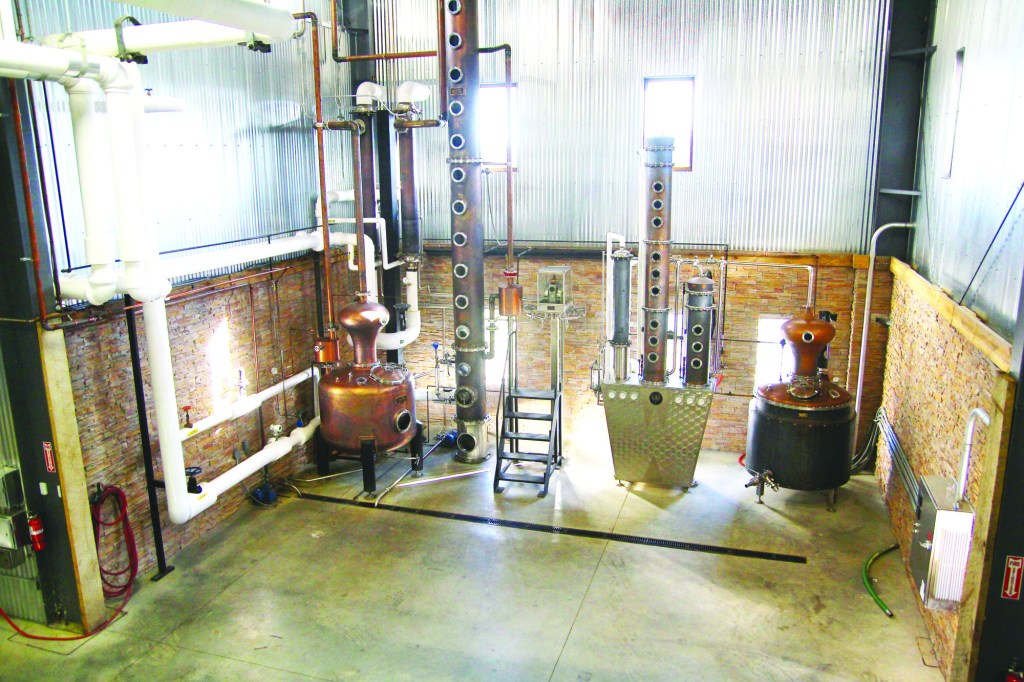 One of the most famous things about Kentucky is its Bourbon Trail. But there’s another distillery trail as well — one that’s less well known, but if the stop along it in Boyle County is any indication, just as fun and interesting.

Wilderness Trail Distillery in Danville is one of 13 distilleries along the Kentucky Bourbon Trail Craft Tour. This tour is similar to — and organized by — the more famous Bourbon Trail, because it leads you to different bourbon distilleries around the state. But this tour includes craft distilleries, some of which you might not have heard of before.

Wilderness Trail is located only about 10 minutes from downtown Danville, but once you head out Lebanon Road it feels like you’ve traveled much further into the countryside. I went there for a tour on a sunny Saturday afternoon. The location is beautiful and surrounded by farmland.

During the tour, I learned that 95 percent of Kentucky bourbon is made within about an hour and a half of Wilderness Trail, which means you are literally in the heart of bourbon country while you visit the distillery.

The tour was $7 per person, which I think is very reasonable. Other tours are free, but this tour was really insightful — and it came with samples of Wilderness Trail products and a shot glass with the distillery’s logo. The tour was fun, educational and gives you an up-close look at the process of fermenting, distilling and aging bourbon. Our tour guide also taught us about other beverages made by Wilderness Trail, including vodka and rum.

Wilderness Trail is unique when it comes to distilleries because it is also a science lab. This other side to the business is called Ferm Solutions with tests for yeast and bacteria in many other businesses’ products. It is also able to test every batch of Wilderness Trail’s products to make sure all the chemistry is happening as they want it to.

During the tour, you get to climb a platform in a large, open building in order to see the fermentation process in action. Wilderness Trail ferments its products in huge, 4,000-gallon metal containers, which I found really interesting. You can also see some barrels before and after barreling and the distillery’s copper stills, which are very pretty to look at.

I was impressed by how much Wilderness Trail uses local resources. It uses water from Highbridged in Jessamine County. It also gets as many grains from Kentucky as possible and the staff know exactly which farms their grains are coming from. This was really impressive to me because they are taking great care to make sure their product is as local as possible.

Currently, Wilderness Trail produces bourbon whiskey, rye whiskey, vodka and rum. It is a young distillery, however, and hasn’t yet released its first batches of bourbon. Our tour guide said that would happen in December. When you visit right now, you can sample the rum and vodka.

After my visit, I took a quick drive back to downtown Danville and had dinner at Brothers’ BBQ, which made for an excellent pairing with the distillery. If you stop by Brothers’ for dinner, you should definitely get their pork toppers as an appetizer — you can thank me later.

— The gift shop is open and tastings are offered Monday-Saturday from 10 a.m.-5 p.m.

— More information about the 13 distilleries along the Kentucky Bourbon Trail Craft Tour is available at kybourbontrail.com/craft-tour. The organizers recommend spending four to five days if you want to visit every distillery on the trail.