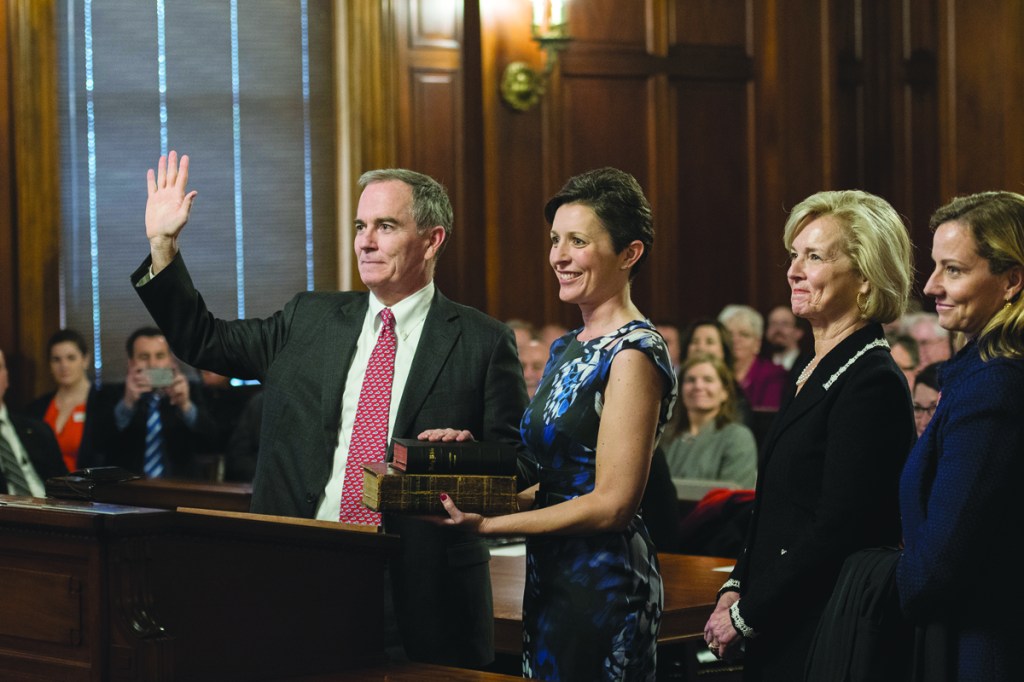 Laurance B. VanMeter was ceremonially sworn in Tuesday as a justice of the Supreme Court of Kentucky. (Photo by Kentucky Creative Services)

Laurence “Larry” VanMeter was officially sworn in Jan. 2 as the newest justice on Kentucky’s Supreme Court.

VanMeter has been serving on Kentucky’s highest court since January 2 after beating challenger Glenn Acree in the November 2016 elections.

The official swearing in was a historic moment, as VanMeter is only the third justice ever on the court to have served in all levels of Kentucky’s judicial system.

VanMeter has a combined 33 years of experience in the law field, working for 11 years as a lawyer before serving as a trial judge in district, circuit and family court and later as an appeals judge.

“My goal is merely to get it right, to apply the law based on the constitution and statutes of the United States and the commonwealth of Kentucky,” Justice VanMeter said at the ceremony. “I will do my best.”

The Supreme Court is the state court of last resort and the final interpreter of Kentucky law. Seven justices sit on the Supreme Court and all seven justices rule on appeals that come before the court. The justices are elected from seven appellate districts and serve eight-year terms. A chief justice, chosen for a four-year term by fellow justices, is the administrative head of the state’s court system and is responsible for its operation. The Supreme Court may order a ruling or opinion to be published, which means that the ruling becomes the case law governing all similar cases in the future in Kentucky.