Coleman sentenced for role in 2015 homicide 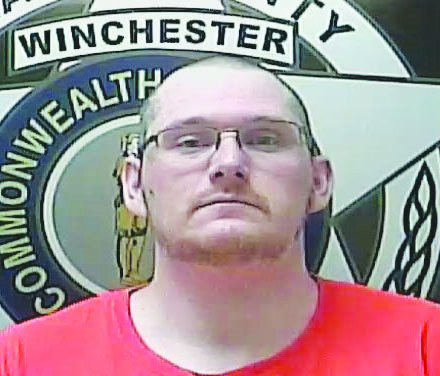 The second of four people charged with the death of a Madison County man in Clark County was sentenced to 17 years in prison Thursday.

Christopher Coleman, 37, pleaded guilty last month to facilitation to commit murder and attempted murder in connection with the May 2015 death of Roy Combs and shooting of Billy Combs. He was sentenced to five years and 12 years, respectively, which will run consecutively.

Coleman along with Kirk Garrett, Kristi Mattingly and Don Attaway were all arrested in connection with the shooting. Garrett pleaded guilty to murder and second-degree assault and was sentenced to 20 years in December 2016. The other two have  pleaded guilty to attempted murder and facilitation to commit murder as well and will be sentenced in March.

Garrett said the shooting was an attempt at payback against the Combs cousins for a previous incident where they reportedly assaulted Coleman.

In a previous court appearance, Coleman, Attaway and Mattingly all said they met with Garrett in a hotel room to make a plan to scare the Combses to get back at them.

Coleman said he helped Garrett locate the two men, then rode with Mattingly and

Attaway to the quarry near the Kentucky River in Clark County.

Coleman said he watched Garrett take Roy Combs out of the pickup truck at gunpoint. Coleman said he held a gun to the back of Billy Combs’ head while Attaway assaulted him.

Garrett said they began walking into the weeds when he shot Roy Combs. Billy Combs was shot as he ran away. Billy Coms escaped and eventually called for help.

According to their plea agreements, Attaway agreed to a 15-year sentence and Mattingly to 13 years.