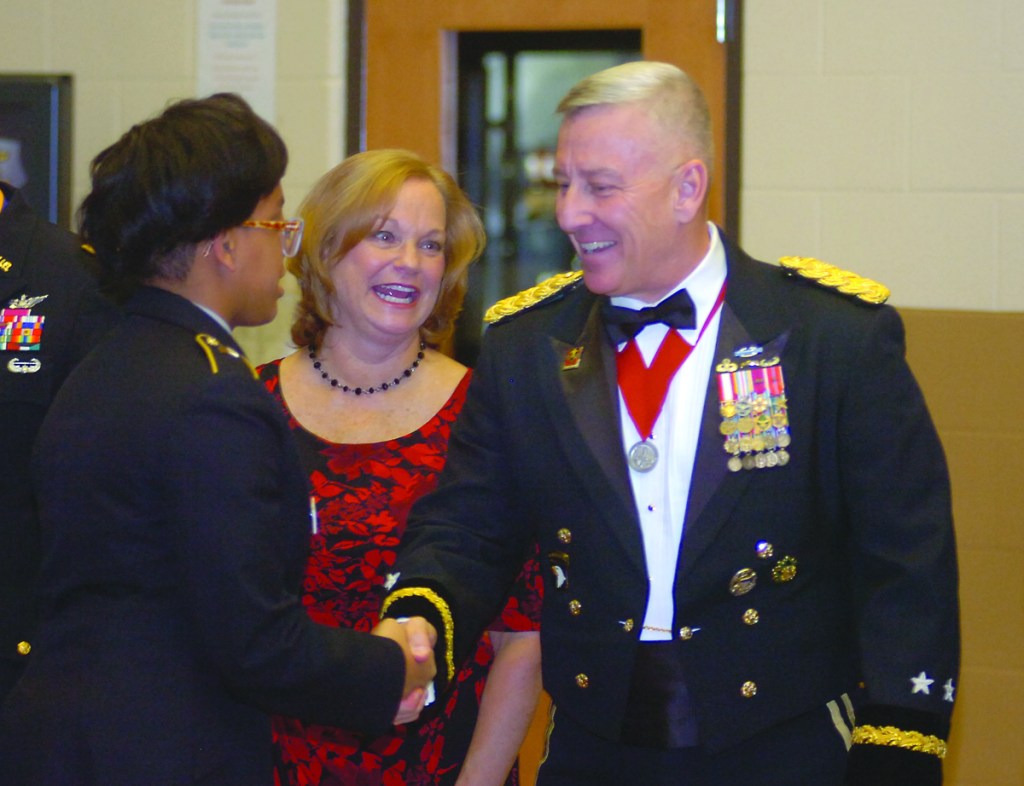 The ball is a celebration of the JROTC program with a recognition of the cadets who will be graduating at the end of the school year.

Honors are given to cadets who have performed exceptionally well over the course of the past year and guests of honor are invited to speak to the students.

This year’s guest of honor was Major General Christopher Hughes, who most recently has served as the chief of staff for the United States Army.

Eight cadets were also inducted into the Order of the Long Knife. The order represents the highest level of recognition at GRC.

This year’s recipients were: