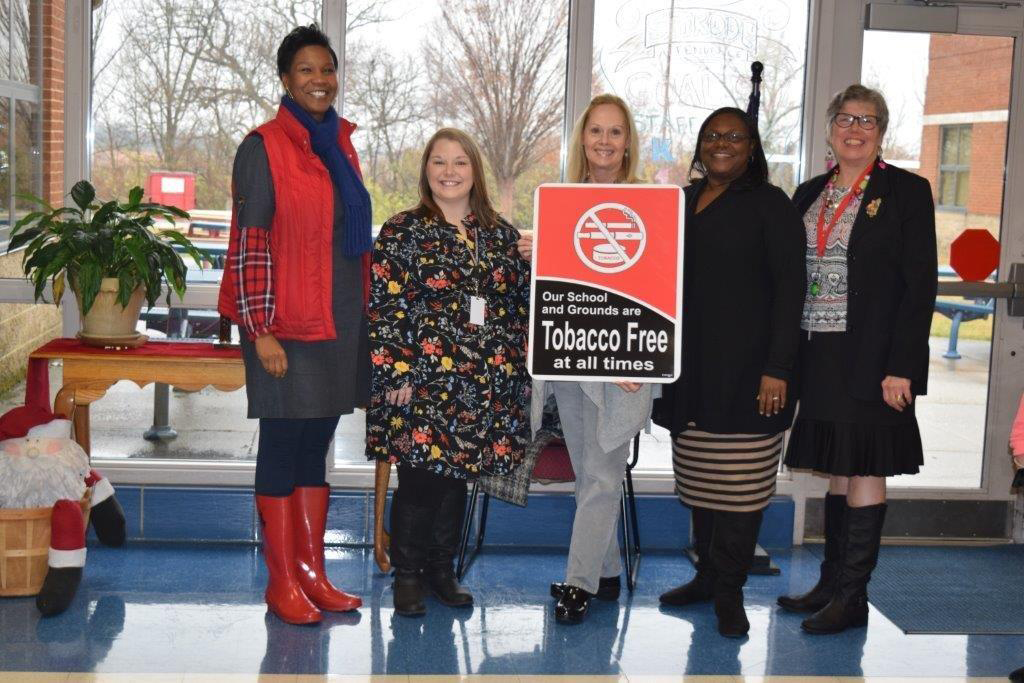 A movement is afoot in Winchester and Frankfort to stamp out tobacco use in public schools.

Republican state sen. Ralph Alvarado of Winchester — a medical doctor — has proposed Senate Bill 78 during the legislative session that would prohibit the use of tobacco products on any public school property and at any school-sponsored activity.

The bill would affect students, school employees and visitors and would begin no later than the 2018-2019 school year if made law.

The bill would also require signs stating the schools are tobacco free be posted in plain view, a requirement already being met by most schools in Clark County.

Clark County Health Department representative Carolyn Burtner, with the assistance of two interns, Haley Tye and Mariah Winstead, has been encouraging individual schools in the community to adopt tobacco-free policies on the through their site based decision making councils. It’s an initiative that has seen success, she said.

“To our knowledge, all of the SBDMs have passed tobacco-free plans for their campuses except for Justice, Conkwright and the preschool,” burtner said. “Conkwright is working on theirs, and we hope that Justice will join before the end of the school year.”

The preschool, which operates without an SBDM, cannot change go tobacco-free with a vote but rather must make a policy change, Burtner said.

The terminology of a “tobacco-free” campus is important, Burtner said, because of the varied ways people can use tobacco products.

“The focus used to be on going smoke-free because of the dangers of people breathing the secondhand smoke,” she said. “then it switched to tobacco free.” The change was made to additionally cover chewing tobacco, e-cigarettes, hookahs and other tobacco products that are commonly used.

According to data from the Centers for Disease Control, 3 million middle and high school students were identified as current e-cigarette users in 2015, up from 2.4 million in 2014.

In a study of current tobacco use in schools, the CDC found that e-cigarettes, rather than their more traditional counterparts, were the most popular tobacco product among students.

In fact, cigarette smoking among school-aged children has reduced nationwide from about 16 percent to just above nine percent.

To make that happen, each of the schools site-based councils must vote to ban tobacco use. Once all the schools change their policies, the health department will appear before the school board to make the case that it officially pass a tobacco-free policy across the entire district.

It’s a process that takes time, but one that Burtner said she thinks will ultimately be successful.

“I don’t think it would be an issue because there’s so much scientific information out there now showing how damaging tobacco use is,” Burtner said.

The health department’s plans could be sped up by Alvarado’s bill, however, depending on how it does in the senate and house.