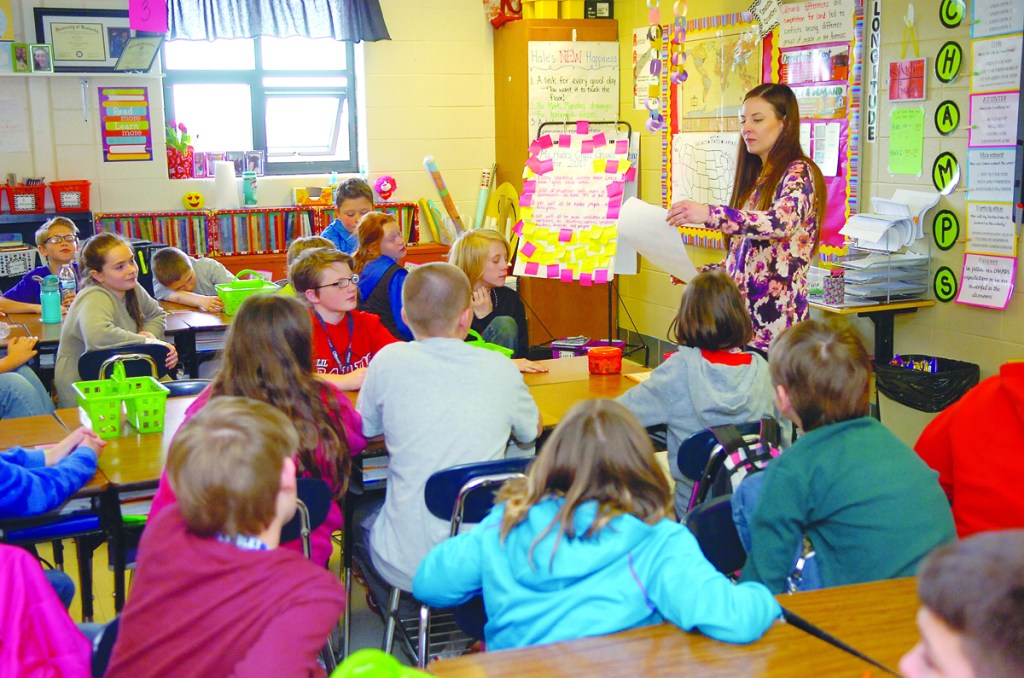 Fifth-grade teacher Julie Hale at Baker Intermediate announces who the winner of the week's quote is tuesday afternoon. (Photo by Seth Littrell)

A teacher at Baker Intermediate is using quotes from famous people to get her students to think about their actions and each other.

Julie Hale, who teaches fifth-grade social studies, said she got the idea for a weekly exercise called “keep the quote” from another teacher she follows on Instagram.

“Each week I write a new quote on a piece of paper and display it in our classroom,” Hale said. “We read the quote each week, discuss its meaning, and the students are challenged to live up to the quote all week.”

At the beginning of the next week, the students’ focus changes from themselves to their classmates.

The students have the opportunity to nominate and vote for who among them best embodied the spirit of the quote during the week. They cannot vote for themselves and must provide evidence to Hale and their classmates.

“After hearing the evidence provided, I choose a winner, and award the quote them the quote to take home,” Hale said.

Tuesday, Hale ended her class by listening to nominations from about half the class on who should take home the following quote attributed to Mahatma Gandhi:

“Happiness is when what you think, what you say and what you do are in harmony.”

Student’s arguments for their nominations included being a good friend, doing whatever they say they are going to do, and being able to empathize with each other.

In the end, the quote was awarded to Bailey Conlee, who was described by her classmates as always being on-task, always trying her best and thinking hard, always keeping her word, and never bringing others down.

Hale said she has been doing a different quote every week since the beginning of the school year, and the weekly tradition has become very popular among her students.