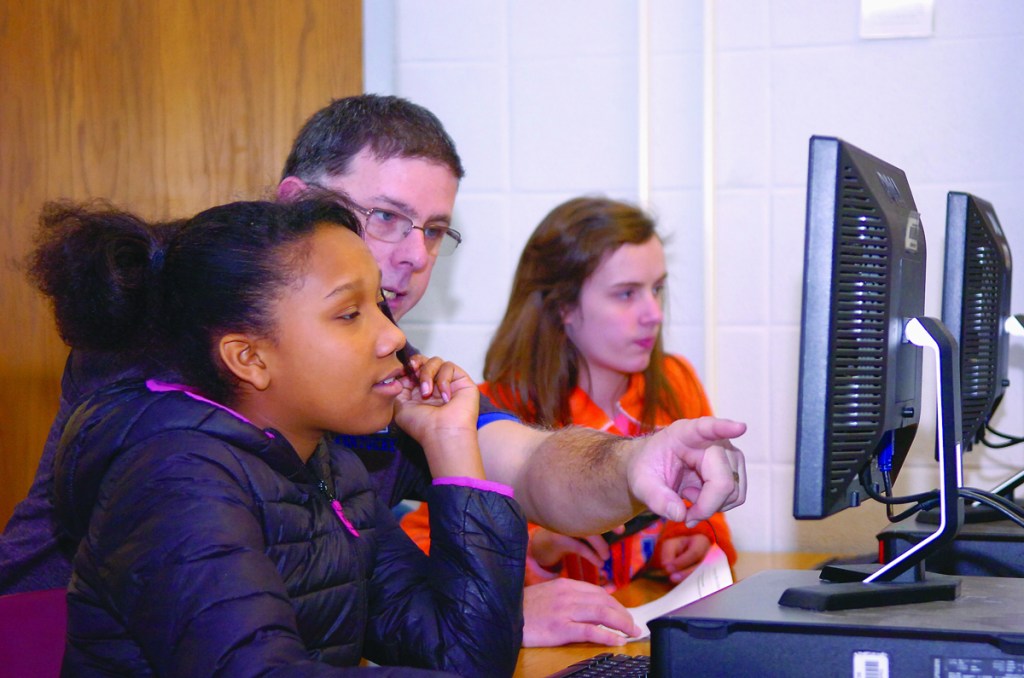 Sixth-grade students at Baker Intermediate learned about kinetic energy Thursday through the completion of several activities.

According to science teacher Kristen Toler, the students are doing research for a paper on kinetic energy.

“Each station has a different activity to complete to learn about kinetic energy,” Toler said.

The students went to work at several different stations in the school’s library. At one, they had to construct a structure that would allow a marble to roll off of it. Another station featured a Newton’s Cradle, giving an example of potential energy and kinetic energy. A third station featured computers with software that showed matter at the molecular level.

Teacher Mike Hamilton said the software helps students to visualize how temperature affects matter and how molecules act when in solid, liquid and gaseous states. Another station had tablets loaded with apps that would quiz students about energy.