Nailed It or Failed It: Put Girl Scout cookies to use with this recipe 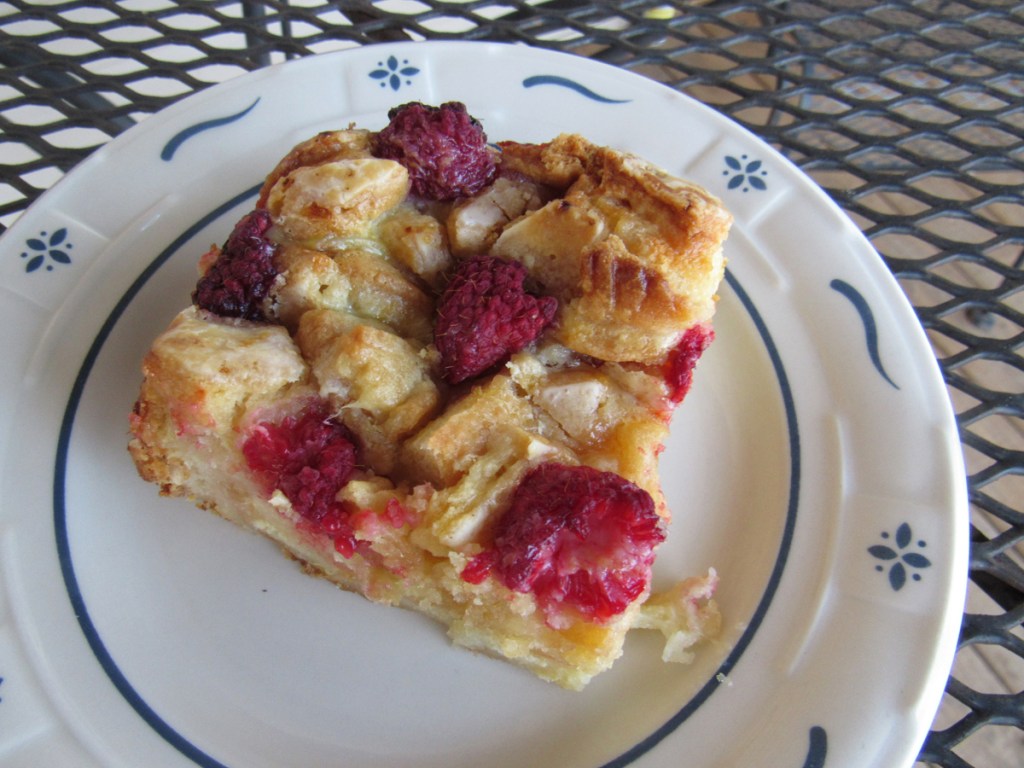 I know last week I said you would read about a side dish today, but I changed my mind. Hopefully week you will read about the side dish.

This week’s recipe comes from the February/March 2017 issue of “Taste of Home Magazine.” Unbeknownst to me, Feb. 24-26 is National Girl Scout Cookie Weekend.

Sheila Howard, a local Girl Scout leader who is a regular visitor at our office, came in the other day and shared her excitement with me about the magazine’s feature on their cookies. If you remember, I highlighted Girl Scout cookies in a column several months ago turning the cookies into cookie butter.

Sheila encouraged me to try making one of the recipes from the magazine, and I agreed I would give it a go. The magazine features four recipes and Sheila and I began pondering over which recipe I would try.

In honor of all those hardworking Girl Scout cookie sellers, their moms (and dads) and their troop leaders, I decided to make Raspberry Lemon Bread Pudding.

I have never really had the desire to make bread pudding, but I have tried it on several occasions. Some have been good and some have been so-so.

When looking over the ingredients, I was only missing two things: raspberries and French bread.

I know I said in the past I would never buy French bread again after making “Easy Peasy French Bread,” but I decided to break over and buy a loaf during my weekly shopping trip. Besides, I found a loaf on the bakery sale rack for less than $1.

Sheila provided the Lemonades Girl Scout cookies, which, by the way, are really good with a glass of milk. The only problem is they are like Lay’s potato chips — you can’t eat just one.

Sunday afternoon, after washing the raspberries and letting them dry, I got started making the bread pudding.

I cubed about a half a loaf of French bread, which equaled the 6 cups needed; crumbled up the package of Lemonades cookies and sprinkled the raspberries on top. Then, I mixed the next six ingredients and poured over the top. It took the zest of two lemons to equal the 1 tablespoon called for in the recipe. It also took the juice from both lemons for this recipe (bread pudding and lemon sauce).

The dish was beginning to brown so I covered it with aluminum foil and set the timer for another 10 minutes.

I set the dish on the counter to cool, and then started making the lemon sauce. The sauce was easy to put together. It didn’t take long for the mixture to boil and then I did just what the recipe said: stir constantly for one minute.

I added the lemon juice after taking it off the stove and let it sit until the bread pudding had cooled a bit.

After allowing 15 minutes to cool, I cut myself a piece and spooned some lemon sauce over the top. I took a bite and, wow, it was “lemony.”

You could definitely taste the Girl Scout cookies, and I especially liked the raspberries in it.

If you aren’t a lemon fan, don’t try this recipe.

Brad had been working outside with his mushrooms and came in the house and asked, “What smells so good?”

I told him what I made and asked if he wanted to try it. He took one bite and said he liked it.

Since Sheila was instrumental in me preparing this dish, I took the majority of it to work to share with her (knowing she would be there Monday) and my co-workers.

The dish got rave reviews and it’s definitely a winner.

By the way, the recipe states it serves six, but that’s a really big piece of bread pudding and a lot of calories. I think you could get at least 10 servings out of this dish.

I nailed this recipe and will add it to my self-made cookbook.

Along with the recipes featured in the magazine, there is a web link to even more Girl Scout cookie recipes, which I have not check out yet. Here is the link for your use: tasteofhome.com/scouts.

Now get out there, buy those Girl Scout cookies and get baking!