Baker team headed to Odyssey of the Mind contest 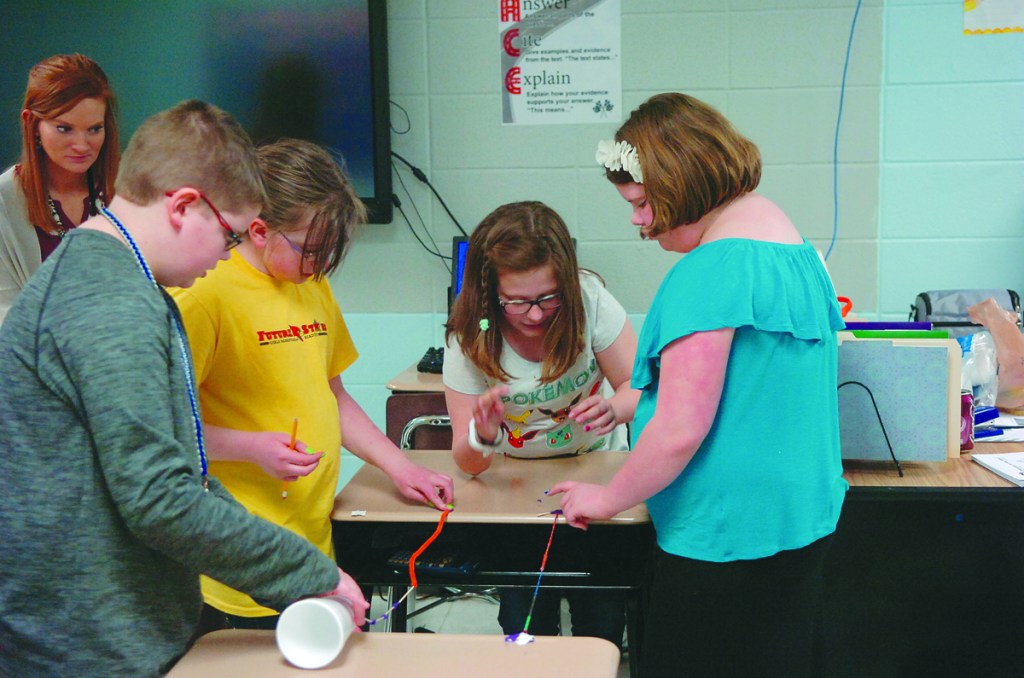 Patrick Kelley, Thalia Roddy, Lauren Clem and Grace Kelley work together to build bridges in preparation for the Oddysey of the Mind competition happening this weekend. (Photo by Seth Littrell)

This weekend several Baker Intermediate students will face off against their peers from the region at an Odyssey of the Mind competition in Corbin.

Odyssey of the Mind is a unique problem-solving competition where students must work together without the assistance of teachers to overcome problems through creativity and collective skill.

Some problems rely on scientific knowledge and engineering, like building a bridge between two platforms using random materials, and some involve planning skits using knowledge of the creative arts.

Gabe Jacobs, a fifth-grade student who is taking part in Odyssey for the first time, said his favorite part of being involved in the club is the way it fosters teamwork.

“I like it because you’re given a situation to figure out with no help from teachers, your teammates” Jacobs said. “We had to buy and build everything involved in our project ourselves.”

Jacobs said the projects require a lot of work from the students, in both the planning and execution. He said his team has been working for about two months on their project, a skit that required them to build their own props and write their own script.

“The most difficult part is trying to figure out how to do the projects and handle the situations,” Jacobs said.”

Jacobs belongs to one of two teams at Baker that will be competing in Corbin this weekend. The other team, consisting of Grace Kelley, her brother Patrick Kelley, Lauren Clem and Thalia Roddy, was hard at work Monday afternoon building bridges out of random craft materials, like rubber bands, styrofoam cups and pipe cleaners.

The team was timed and instructed to use what was given to them to build three separate structures, and while they were unable to maintain all three bridges the first time around, along the way they learned creative ways to use each item available to them more efficiently.

The teams’ finished products are kept secret until the day of the competition.