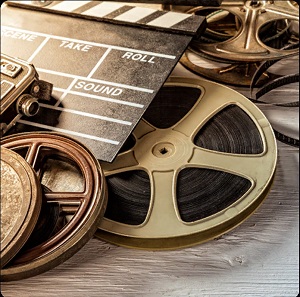 The Winchester-Clark County Film Society is continuing it’s fundraising campaign to host a film festival in 2018 with a showing of the 1940 comedy “His Girl Friday” at 8 p.m. Saturday at 39 S. Main St.

The pair play a once-married couple who were a star team of editor and reporter for The Morning Post newspaper. Grant is determined to sabotage the upcoming marriage of Russell to her new beau all the while the two are covering the story of the upcoming execution of a convicted murderer.

“His Girl Friday” has become well known for its rapid dialogue and quick wit, Baldwin said.

Adapted from Ben Hecht and Charles MacArthur’s play, “The Front Page,” this was the second time it was adapted for film and continually makes the lists of the American Film Institute’s (AFI) “Top” lists.

“The reason I chose ‘His Girl Friday’ is to expose earlier films which are significantly important and should be seen by younger generations interested in film,” Baldwin said. “Unfortunately, younger generations dismiss older films because they are deemed as stale due to the lack of modern references and because they are black and white. A lot of the cinema today is produced and delivered like junk food.”

“A majority of films in the past decade lack substance and take the lazy way out with the intent to appeal to the least common denominator of cheap pops through excessive language, violence and sex through lazy writing,” Baldwin continued. “At the end of the day, there are so many quality films from years ago which are exceptional but do not gain the exposure they deserve due to us becoming media slaves to the studios and contemporary pop culture. My goal is to educate at least one person on the treasure trove of cinematic classics and oddities that I can track down in my vault. If I reach just one person, then I feel I have made a difference in looking at film in a new perspective.”

Admission to the film is a $5 donation to the society, and all proceeds will go toward the end goal of launching an independent film festival next year.