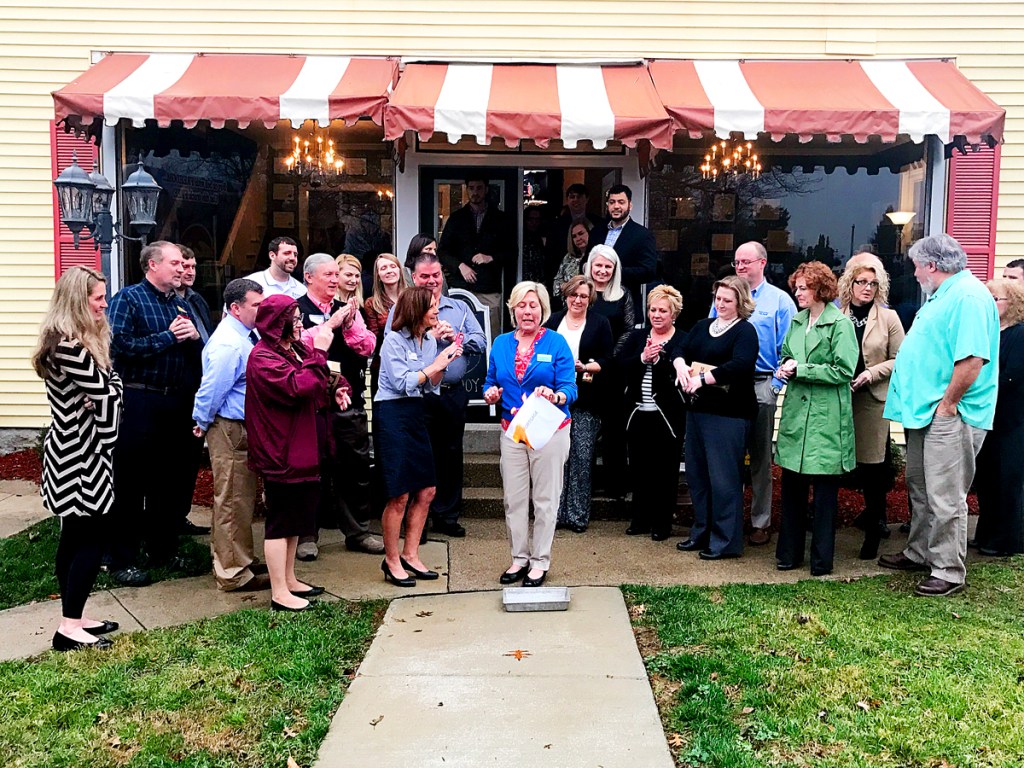 The Winchester-Clark County Chamber of Commerce hosted its February breakfast networking event Wednesday at Freedom Realty & Property Management on Lexington Avenue. New George Rogers Clark High School football coach Oliver Lucas spoke to the more than 50 members in attendance. The group also went outside for a symbolic mortgage burning by Habitat for Humanity of Madison and Clark Counties. Jennifer Gormley, fund development manager for the organization, put the flames to the document on behalf of Richmond’s Terrance Walker. The homeowner, who began paying on his mortgage more than 15 years ago in May 2001, couldn’t attend due to health issues but wanted to share that “having his own home, a sanctuary, a place of rest was critical to him” and that that he was very thankful, Gormley said. Habitat recently broke ground on its fourth project in Clark County in the past two years, along with a rehabilitation project on Cook Avenue and new builds on Walnut and Pearl streets. The newest project is a partnership with local churches as part of an Apostles Build.