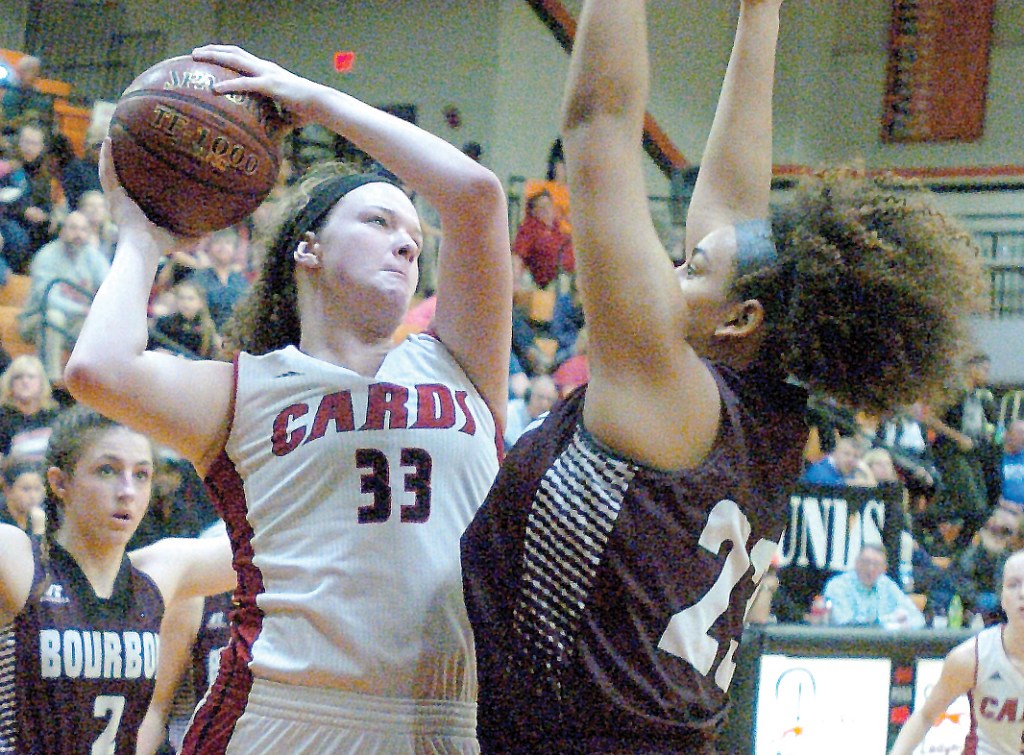 The George Rogers Clark High School basketball teams will have some of their toughest tests right at the start of the 10th Region Tournament this week.

The GRC girls face Scott High School tonight in the opening round. They tip off at 7:30 p.m. at Harrison County High School, following the Nicholas County and Bracken County matchup, set to start at 6 p.m.

If the Cardinals advance to the semifinal Friday, they will play the winner of that game.

It was a 3-pointer from Flowers with most of the other GRC starters fouled out that tied last year’s semifinal game at the buzzer, forcing overtime.

Scott is led by Anna Clephane, who scores 22.7 points a game.

The boys have an even tougher draw, taking on the region’s top team — Campbell County Wednesday night at 6 p.m. at Mason County High School.

Before knowing what the draw held for his Cards, coach Josh Cook relished another shot at the Camels.