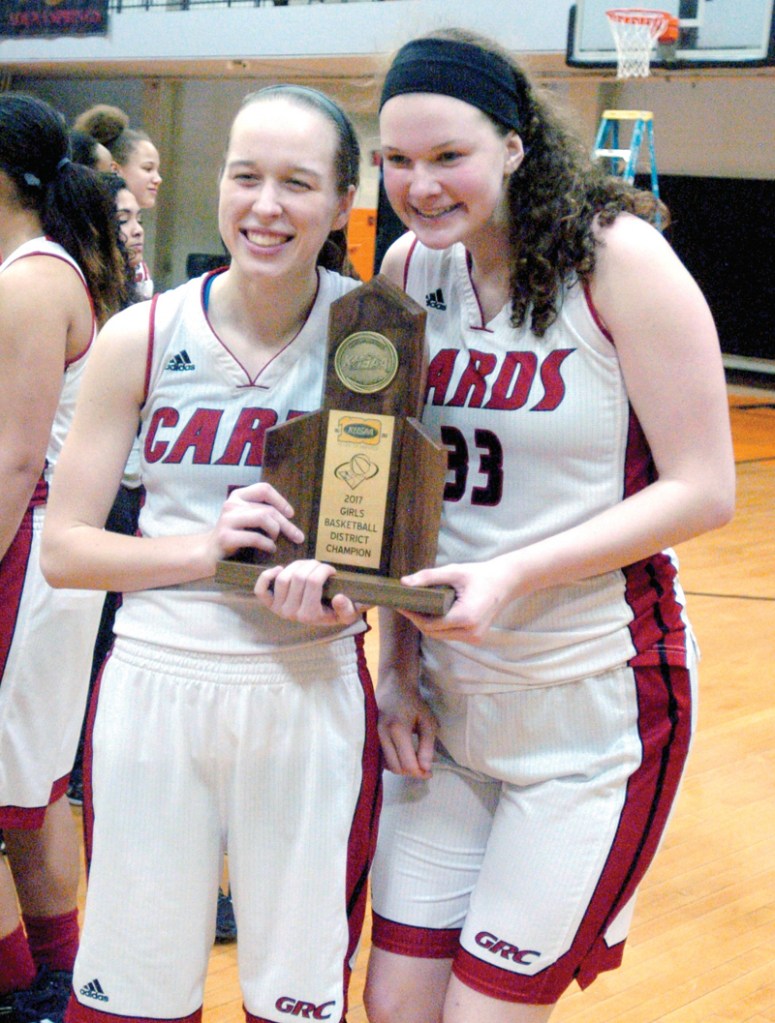 Hardiman was a varsity player as an eighth-grader the last time the Cardinals fell short, but every year since, Hardiman has seen her team cut down the nets in the district finale.

Murray joined the streak in progress as she was added to the team as a sophomore.

That’s a lot of winning, but the girls say this most recent one is the sweetest.

“This one is definitely the top,” Hardiman said. “This team is really close. It’s my senior year so I want to go out with a bang, and we’ve done that with this district run.”

“We’ve won a few of them already but this one means the most because  it’s senior year and I love this team so much,” she said. “I’m so proud of them. And there are players on this team who have never cut down nets, and I’m excited they get to do it this year.”

While GRC (26-4) went into the game as the favorite, Bourbon County (16-16) executed well in the first half and took advantage of GRC’s foul trouble. The Cards found themselves trailing at halftime, but righted the ship to pull away in the second half.

“We trusted each other and played our own game,” Hardiman said. “We knew what we had to do, and we came out and did it.”

Hardiman scored a team-high 11 points to help the Cards close the deal.

Murray put in eight points during GRC’s first round game against Paris earlier in the week.

Now the seniors turn their attention to helping guide a young team through the region tournament. The 10th Region Tournament begins next week.

“(Winning the district) is a momentum-booster for sure,” Murray said. “We’ve won two. We’ve got to win three more to get to where we want to be.”

The Cardinals go into the region tournament as one of the field’s stronger teams. GRC holds a 10-2 record in region play and has lost just one of its past 10 games overall.

Cards rally in 2nd half to win fourth straight…