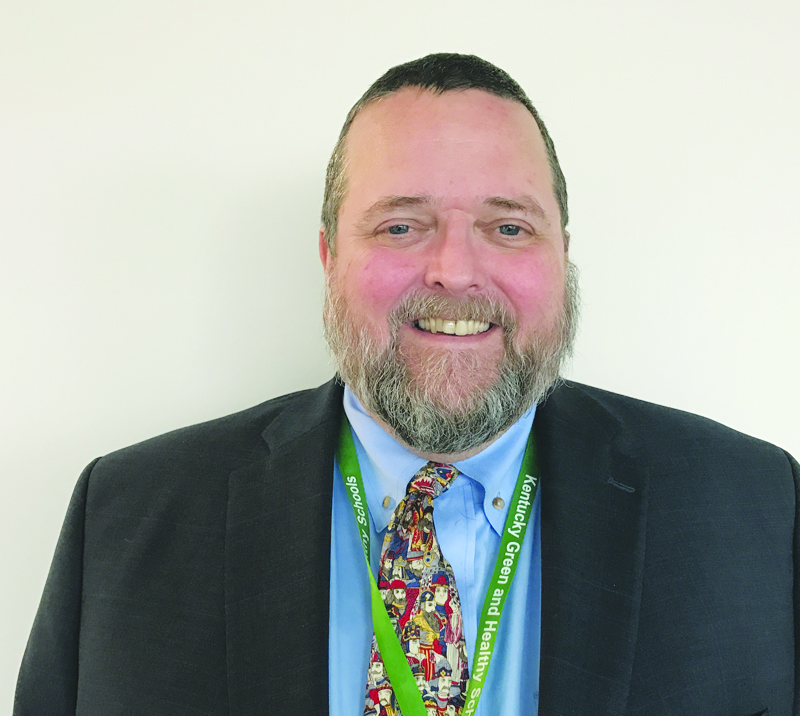 Billy Bennett was announced recently as the new leader of the state organization, which coordinates environmental education efforts across the commonwealth.

“Environmental education is education and not advocacy,” Bennett said. “We are not an agency to take a stand on an issue. We’ll present all sides and information for people to draw a conclusion.”

Bennett, who grew up in Winchester, returned after spending six years in the U.S. Navy and joined the city fire department. After 14 years, he retired and went back to school to get his education degree, which led to an unexpected career in higher education and a decade in environmental education.

“As I was doing my undergraduate work for my teaching degree, I had a few classes taught by my future supervisor, Dr. Melinda Wilder,” he said. “A lot of the activities we did were based on the environment. I graduated in the middle of the year and there were not a lot of teaching opportunities.”

Bennett became a teaching assistant for Wilder, then became the interim director for EKU’s Center for Environmental Education before becoming the full-time director. The position, though, was eliminated by recent budget cuts at EKU.

“I never thought I’d be working for a university,” he said. “As I learned more about (environmental education), it became very interesting. I’m a true believer in the ability of students to connect with the environment.”

Though the agency is small — Bennett and an assistant — the responsibilities can have a state-wide impact.

“One of the big things we do is a five-year environmental education master plan,” he said. The next plan is due in 2020.

He also helps coordinate with state agencies about education and offer training and professional development opportunities for teachers, he said.

“Billy Bennett is highly qualified to head the staff of the Kentucky Environmental Education Council,” KEEC Chairman Horace Brown said in a statement. “KEEC council members believe that Mr. Bennett is an excellent leader who will provide a creative vision for environmental education efforts in Kentucky.”