Storms cause flooding in Clark County 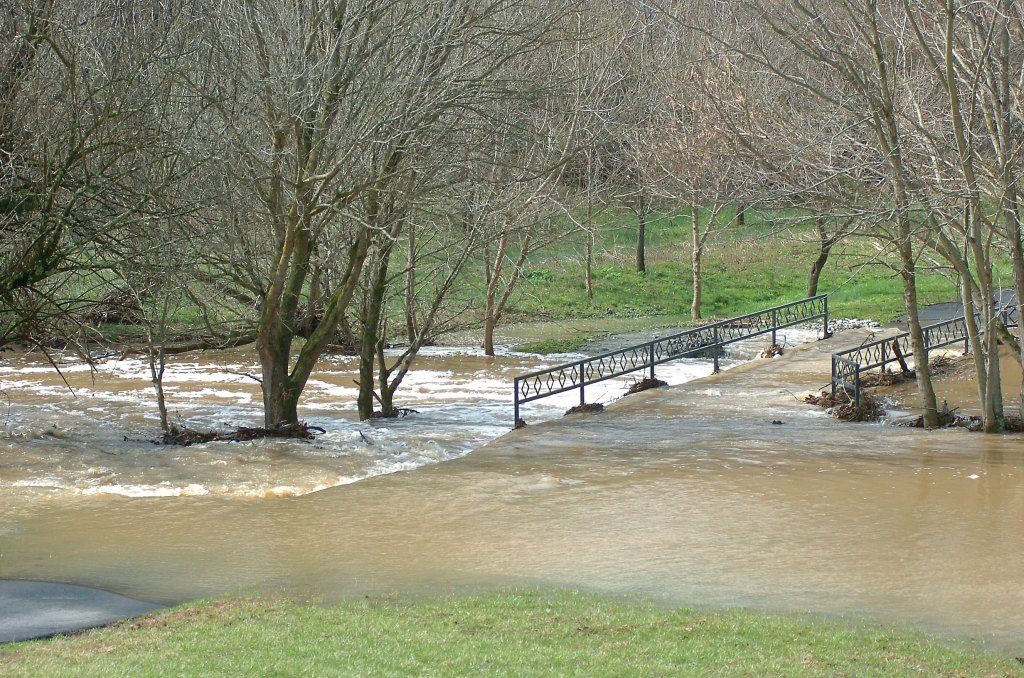 Water washes over the driveway of a home along Boonesboro Road Wednesday afternoon. (Photo by Seth Littrell)

While no significant property damage was reported as a result of storms moving through central Kentucky Wednesday morning, Clark County saw heavy rains that caused flooding in some areas.

The driveways to many homes along Boonesboro Road were blocked by flowing water in the afternoon that had overrun creeks in the area earlier in the day.

While Clark County was left relatively unscathed, neighboring counties and others across the state saw extensive damage from the storms.

The storms caused significant damage to more than a dozen homes and businesses in Estill County and knocked down power lines and trees in Fayette County.

The National Weather Service in Louisville reported that straight-line winds of 70 to 80 miles per hour were recorded in Scott County.

Damage from wind was also reported in Franklin, Jessamine, Madison, Laurel and Johnson counties, among others.

Survey teams are still evaluating if damage in some areas was caused by straight-line winds or tornadoes.

Clark County Emergency Management Director Gary Epperson said that Winchester will likely not see any more severe weather, but temperatures will begin to drop in the coming days.

The National Weather Service predicts temperatures to hover around the mid- to high-40s today, with a slight chance of snow showers early Friday.