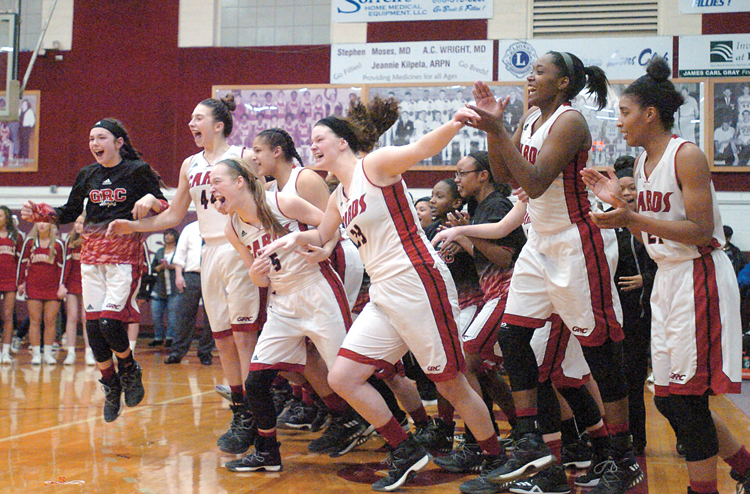 CYNTHIANA — It might not be spring just yet, but the Cardinals are about to fly north.

They earned a spot among the final 16 thanks to a thrilling overtime win over Mason County, 56-53, in the 10th Region Tournament championship game in Harrison County Saturday.

“The kids played hard,” GRC coach Robbie Graham said. “I’m so proud of this team. We’ve had some ups and downs all year long. We’ve stayed together. We’ve worked hard since the fall in the weight room and conditioning. We’ve had some tough long practices. We continued to work hard. Give credit to our staff. It’s been a great year for this team.”

It’s the first trip back to the state tournament since 2014.

The tournament begins Wednesday at noon when Sacred Heart takes on Butler.

GRC plays in Wednesday’s final game. Should the Cardinals win, they’ll be in action again at 1:30 p.m. Friday. The semifinal round is set for Saturday and the championship game will tip at 2 p.m. Sunday.

For information on purchasing tickets or buying a pass for live streaming of the games, visit khsaa.org/2017-st-elizabeth-healthcarekhsaa-girls-sweet-sixteen