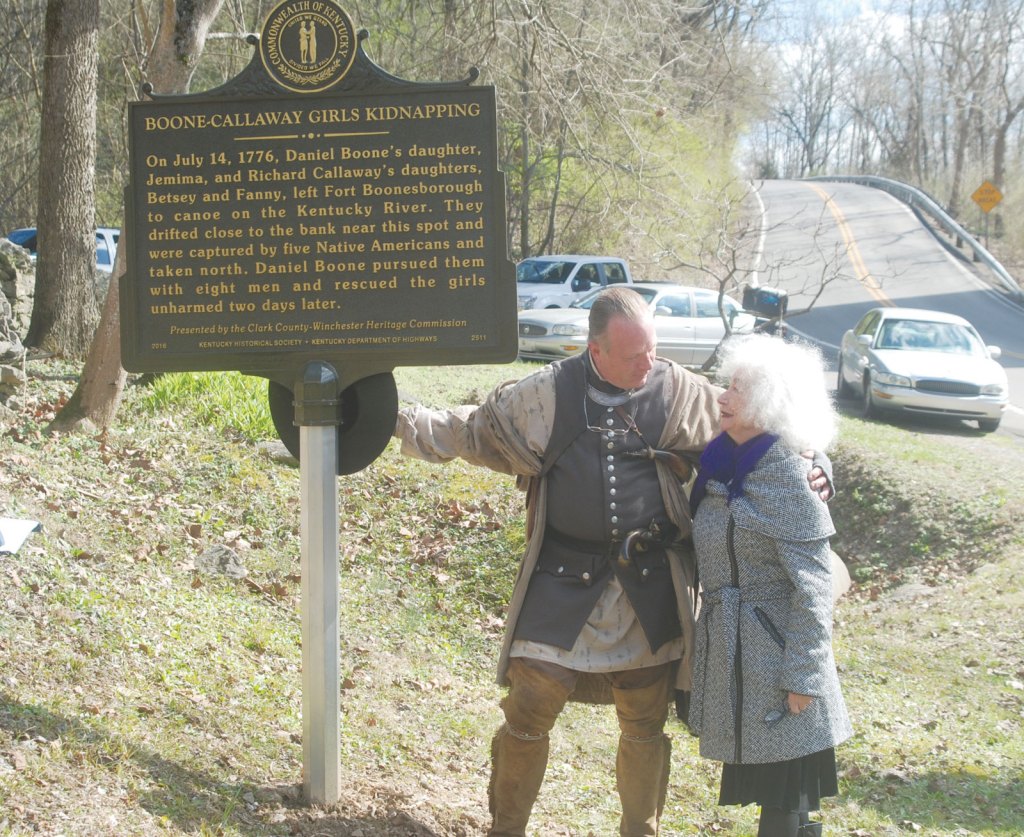 A handful of descendants of the Boone and Callaway families were among the dozens of people to watch the unveiling of a new historical marker near the Kentucky River.

The marker notes the location of the kidnapping of three girls, including Daniel Boone’s daughter, by Native Americans from present-day Clark County in 1776. Daniel Boone took a rescue party and tracked their captors, rescuing the girls two days later.

The marker was funded by a What’s Your Ambition?! grant from The Greater Clark Foundation and presented by the Winchester-Clark County Heritage Commission.

The marker was erected on property owned by Deborah Garrison, president of the Southwest Clark Neighborhood Association, and purchased by her late husband about 30 years ago. He was passionate about that part of Clark County, which he passed on to her.

“We have a lot to preserve and protect in this area,” she said.

“This area and the history of Clark County — it’s amazing,” Clark County Judge-Executive Henry Branham said. “We’ve got a lot of stories to tell down here. This event shows people do care.”

Local historian Harry Enoch called the event “one of the most legendary events on the frontier.” The girls went canoeing from Fort Boonesborough but drifted close to the other side of the river, in present-day Clark County. They were grabbed by five Native Americans. Though the girls fought, they were kidnapped.

Boone and Richard Callaway, father of the other two girls, led separate rescue parties to save the three girls. Enoch said Boone’s group tracked the Native Americans for two days before finding their camp site. They fired a couple shots into the air and the captors fled, leaving the girls unharmed, which was unusual in the day, he said.