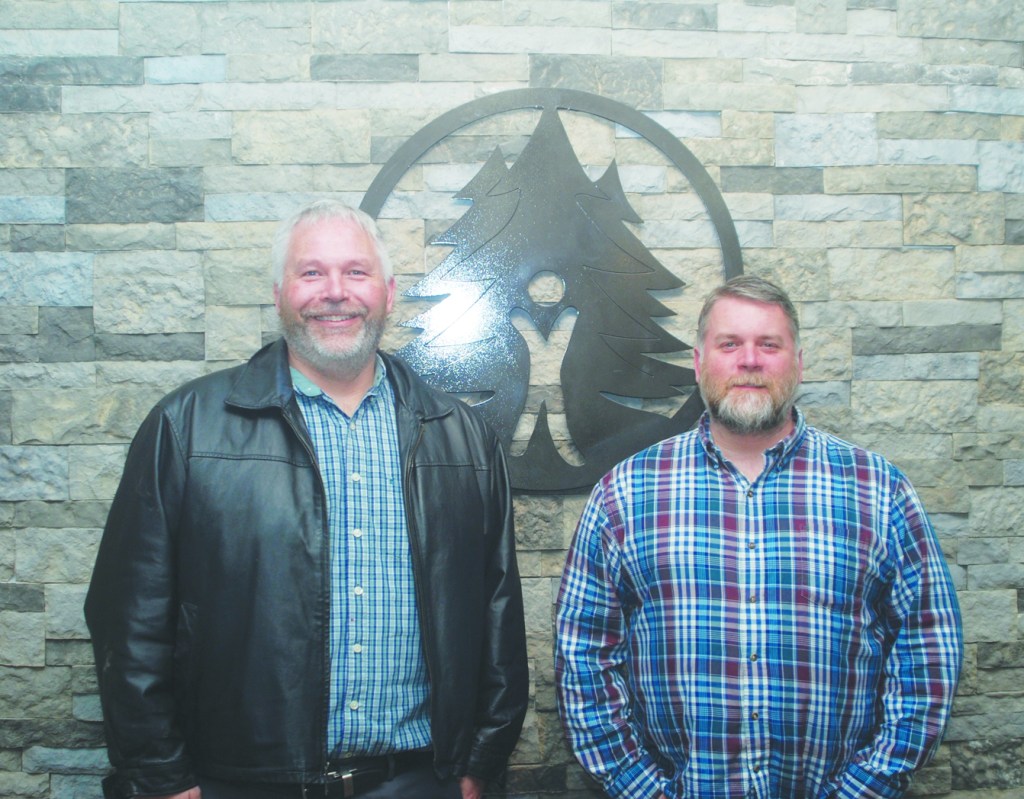 Evergreen Community Services owners Matt Williams, left, and Jeff Justice stand in the lobby of their company's new office on Hickman Street. Muc of the last year has been spent renovating the former Department of Community Based Services office. (Photo by Fred Petke)

Employees and contractors are putting the final touches on a new addition to the downtown Winchester business community.

About a year ago, Evergreen Community Supports purchased a building on Highland Street that formerly housed the local office for the Department of Community Based Services and was to become a pool room.

The new location will now house Evergreen’s offices. The company offers services to those in and around Clark County with developmental disabilities, co-owner Matt Williams said.

The company, which was formed in 2010 by Williams and Jeff Justice, employs about 80 people, many of whom work among the company’s 15 residential homes around the county, he said. Evergreen also offers a day program and other services to about 90 clients at present, Justice said.

Evergreen had outgrown its former offices on Breeze Hill Drive, off Lexington Avenue.

“This is our core office,” Williams said. “We always wanted to be part of the downtown business community.”

Main Street was the first choice for a new location, but a lack of parking became an issue, he said.

“When we found this building that had the space we needed, it was a no-brainer,” Williams said.

The company bought the 10,500-square-foot building in March 2016. Employees moved in Jan. 27, as contractors continue to work at night to finish the renovation.