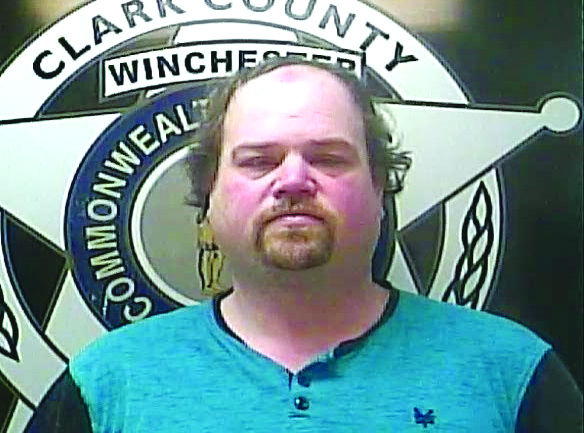 A Winchester man accused of trying to hire someone to kill a perceived rival for his girlfriend was indicted Thursday by the Clark County grand jury.

Jesse D. Long, 38, of 114 Village Court, Apt. 7, was arrested last week after he allegedly offered an undercover detective $500 and a weapon to kill another person.

Winchester Police said a third party contacted the department last week after Long reportedly approached them and asked if they knew anyone who could kill a person. Through the third party, police set up a meeting with Long with an undercover detective. Long allegedly offered the detective $500 and a gun to kill a man he thought was seeing his girlfriend.

Police said they notified the intended target and Long’s girlfriend, and neither was harmed.

Long was arrested March 3 and charged with solicitation for murder.

During his arraignment Monday in Clark District Court, the judge entered an automatic not guilty plea. He was scheduled for a preliminary hearing March 15 in district court as well.

The grand jury also indicted a man who allegedly set his apartment building on fire to keep other people from stealing his property.

Frank F. Rayburn, 55, of 41 Buckner St., was indicted for first-degree arson and first-degree wanton endangerment for the Jan. 13 fire in the four-apartment building.

According to court documents, Rayburn admitted to officers on the scene that he set the fire because other people kept stealing from him.

One neighbor quoted Rayburn saying, “I’m burning them out. I’m tired of them robbing me.”

Firefighters were called to the corner of Buckner and Flanagan streets around 2 a.m. and found heavy fire at the rear of the building. At one point, firefighters battling the blaze had to evacuate the building as the fire spread.