Volunteer of the week: Mickey and Brenda Royse always on hand at Bluegrass Heritage Museum 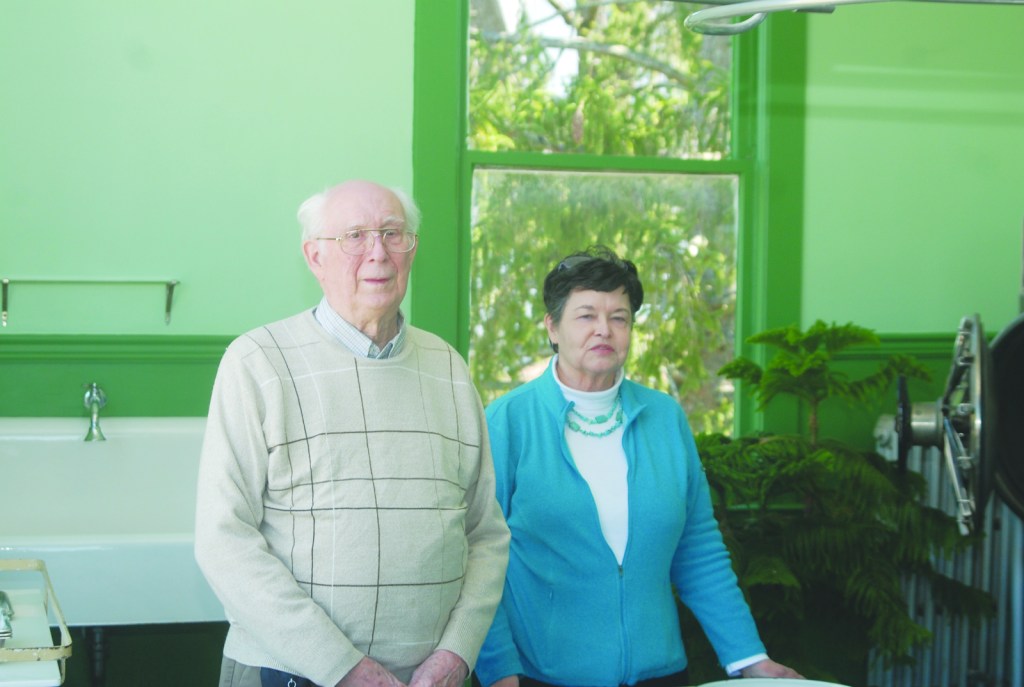 Mickey and Brenda Royse have volunteered at the Bluegrass Heritage Museum for more than a decade. (Photo by Fred Petke)

Lifelong Clark Countians Mickey and Brenda Royse have been involved with the Bluegrass Heritage Museum for more than a decade, since it opened in 2004.

“We found out the museum was trying to be a reality,” Brenda said. “We made a little donation and waited to see what happened. I started volunteering here in 2006.”

“I followed her,” Mickey said.

The list of what they do at the museum is lengthy. Brenda serves on the museum board and also catalogs and records items donated by families. Mickey does some of the maintenance and helps lead tours.

“(Brenda) takes care of the membership and our accessions,” museum director Sandy Stults said. “Mickey just looks around at what needs to be done (and does it). They come in two to three times a week just to check on things.”

That doesn’t include other duties as assigned by Stults.

“She works hard herself,” Brenda said.

“One of the main things I do is lead tours, and whatever she needs two hands for,” Mickey said.

The Royses, both in their 70s and retired, have the time to give. It also feeds into their interests, including Brenda’s love of genealogy and history.

They were at the museum when it only filled two rooms of the former Guerrant clinic on South Main Street. Now it fills all three floors, almost to capacity.

“It’s fun when people come in on weekends and its just us, so we can talk to them,” Brenda said.

Traveling and taking guided tours gave set an example for Mickey, she said.

“We took a few good trips overseas and we noticed the tour guides,” Brenda said. “They made it come alive. I think that’s what Mickey tries to do when he leads his tours.”

“What makes them so great is they’re always here,” Stults said. “They make themselves available. If someone’s sick and can’t come in, they’re close and they’ll come open the museum or close the museum. They’re very valuable. They’re just there when you need them.”

Know a worthy volunteer for a future story? Contact Fred Petke at fred.petke@winchestersun.com.