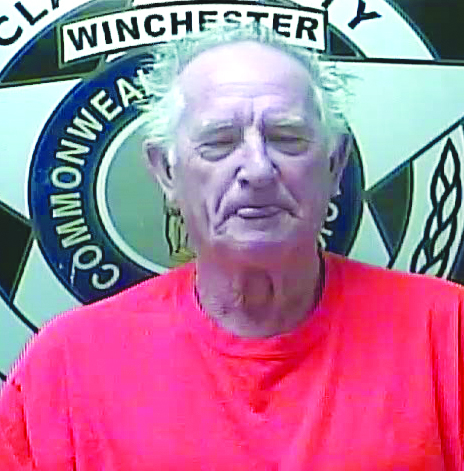 The victim in an alleged assault testified Wednesday the suspect pulled a knife on him as he walked out of an attorney’s office.

Jimmy Woosley, 77, of 317 Salem Ave., was charged with second-degree assault for allegedly stabbing his son-in-law, Robert White Jr., during an altercation Feb. 22.

White testified in Clark District Court he was going through a divorce with Woosley’s daughter and had gone to an attorney’s office that morning to leave a check and sign paperwork.

As he exited the office, White said Woosley got out of a parked van and approached him.

At that point, White said Woosley moved one of his hands from a jacket pocket to a pants pocket and pulled a knife. White said he started backing up toward his vehicle.

White said he held Woosley on the ground until police arrived.

Ultimately, White said he was transported to Lexington for medical treatment, which resulted in three stitches to close the wound.

No one else testified during the hearing. At the end, Clark District Judge Earl-Ray Neal found enough probable cause to send the case to the grand jury.

Woosley remains free after posting bond. Second-degree assault carries a sentence of 10 to 20 years in prison upon conviction.