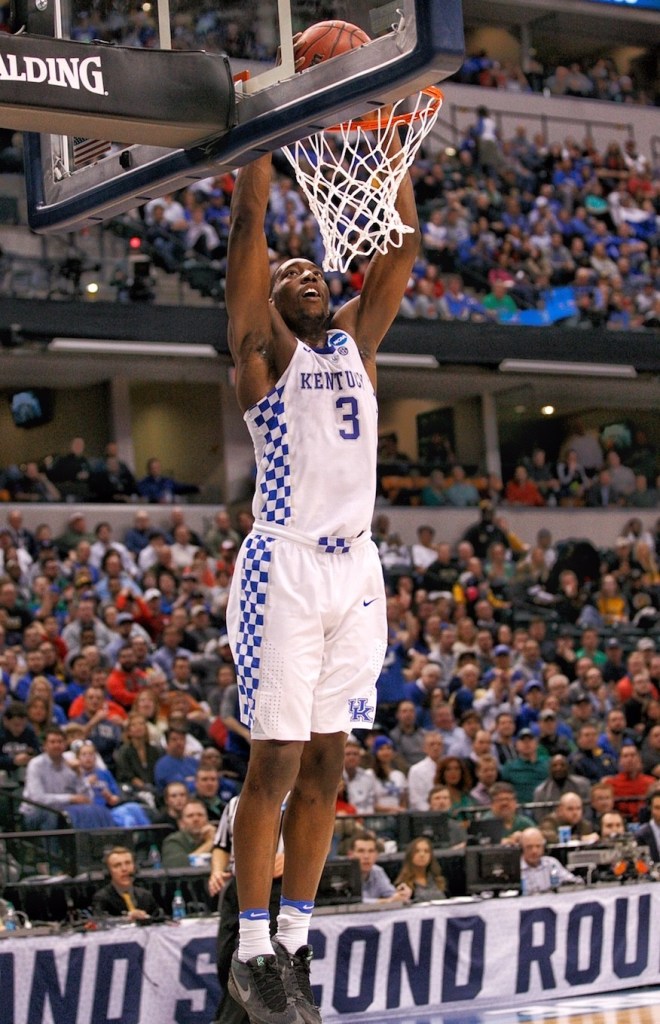 Bam Adebayo followed Fox with 15 points and 18 rebounds, while Isaiah Briscoe chipped in with 17 points for the Wildcats. Kentucky leading scorer Malik Monk finished with 12 points.

Fox and Adebayo combined for 20 points in the first half as Adebayo tallied six of Kentucky’s first 14 points, while Fox sparked a 13-0 run with three straight baskets after the Norse had pulled to within 23-21 with 6:46 remaining in the opening half.

From that point on, it was pretty much all Wildcats as Kentucky (30-5) reached the 30-win plateau for the second time in the past three years and the fourth time in John Calipari’s eight seasons as coach of the Wildcats.

Under Calipari, the Wildcats, making a record 56th appearance in the Big Dance, improved to 46-10 in NCAA openers and 24-5 overall in the prestigious event.

Making its first appearance in the tourney, Northern Kentucky, the Horizon League Tournament champion, finished the season at 24-11 under John Brannen, a former assistant coach at Alabama and Eastern Kentucky University.

The Norse were led in scoring by Ben Holland II with 22 points and Carson Williams added 2. Drew McDonald contributed with 14.

In the last meeting between the Shockers and the Wildcats, Kentucky, then a No, 8 seed in the Midwest Region, defeated Wichita State, a No. 1 seed , 78-76 at St. Louis in 2014. The Wildcats eventually reached the Final Four, losing to Connecticut 75-71 in the national championship game.

The Shockers (31-4) are a No. 10 seed this season, a positioning Wichita State coach Gregg Marshall said his team is accustomed to during the postseason.

“I’m kind of used to the short end of the stick, if you will, on the seedings,” he said. “But that being said, we usually wear the dark uniforms, and we’ve won (10) games in the last four years.”

Kentucky senior Dominique Hawkins was named Kentucky Mr. Basketball in 2013 after leading Madison Central High School to its first state title. After guiding Owen County to a school-record 29 victories, Williams was tabbed Kentucky’s top player last year. Holland and the Ballard Bruins lost to Madison Central in the state finals four years ago. Holland threw down a highlight reel slam dunk in the first half.

Hawkins came off the bench and scored seven points for the Wildcats. Williams averaged 10.5 points per game during the regular-season and was named to the Horizon League All-Freshman squad. Hawkins made the Southeastern Conference All-Tournament team last weekend.