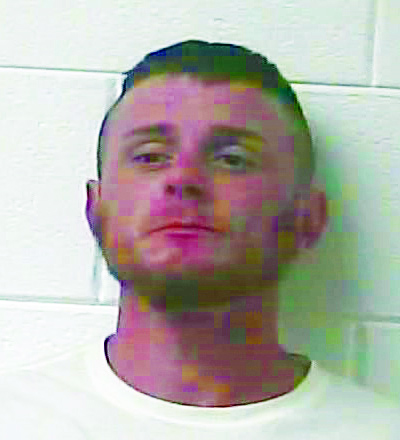 A man who allegedly stole two vehicles Saturday was arrested after he tried to steal a third in Clark County.

Gary L. Thomas, 30, of Mount Sterling, was arrested at a residence on Hancock Valley Road Saturday afternoon after leading police on a pursuit from Montgomery County in a stolen pickup truck.

Clark County deputies were notified of the pursuit along Interstate 64 around 3 p.m. Saturday. Clark deputies joined the pursuit and saw Thomas leave the interstate near exit 94 driving a stolen gray Ford F-150, crash through a state highway fence and continue on Rockwell Road.

Thomas attempted to turn right on Clintonville Road, but crashed into the guardrail and damaged the truck, the arrest citation read.

Thomas then fled on foot through several yards before he turned up at 2020 Hancock Valley Road in a parked pickup truck. Thomas was arrested without further incident.

Thomas was charged in Clark County with first- and second-degree criminal mischief, leaving the scene of an accident and attempted theft of an automobile.

According to the Montgomery County Regional Jail’s website, Thomas is also charged with driving under the influence, first-degree robbery, theft by unlawful taking (auto), possession of a firearm by a convicted felon, first-degree fleeing or evading police and reckless driving.