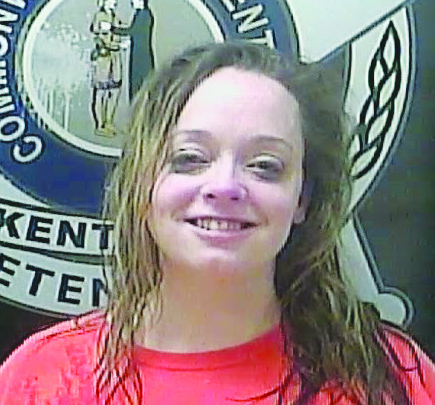 A Winchester woman was arrested early Monday after allegedly trying to smother a 9-year-old and neglecting four other children.

Esther Johnson, 31, of 27 Oliver St., was arrested at 12:33 a.m. Monday after Winchester Police found her passed out on top of a 1-year-old child in the bedroom of the residence.

Monday afternoon, Johnson pleaded not guilty to two counts of fourth-degree assault and five counts of endangering the welfare of a minor. Prosecutors offered a 90-day sentence for all charges, of which she would serve 14 days in jail. The rest would be conditionally discharged for two years.

Johnson, though, rejected the offer in order to speak with an attorney and see what action state social workers would take. She is due back in court April 17.

Clark District Judge Charles Hardin set her bond at $5,000 and allowed her to be released after posting 10 percent, provided she has no contact with minor children and she obeys all recommendations by social workers.

According to court documents, the 9-year-old ran more than a mile to find relatives on Bloomfield Road for help.

When officers arrived at the residence, the door was standing open and there were three children there unattended. Officers found Johnson passed out on her bed, covered in urine and lying atop a 1-year-old child. The toddler could not free itself, police said, and Johnson appeared to have passed out from alcohol consumption.

The three children all appeared to be younger than 5, police said.

The 9-year-old also told officers Johnson had held her face down in a pillow and wouldn’t let it up, as well as pushing her in the face several times while threatening to harm the child. The 9-year-old said Johnson did the same to the 1-year-old.

Johnson was arrested on two counts of fourth-degree assault and five counts of endangering the welfare of a minor. She was lodged in the Clark County Detention Center.

The Clark Circuit Clerk’s office listed no previous criminal cases involving Johnson. In the arrest citation, officers wrote Johnson was the sole caretaker for the children. Social services workers placed the children in another location.

Baker staff compete in bake off