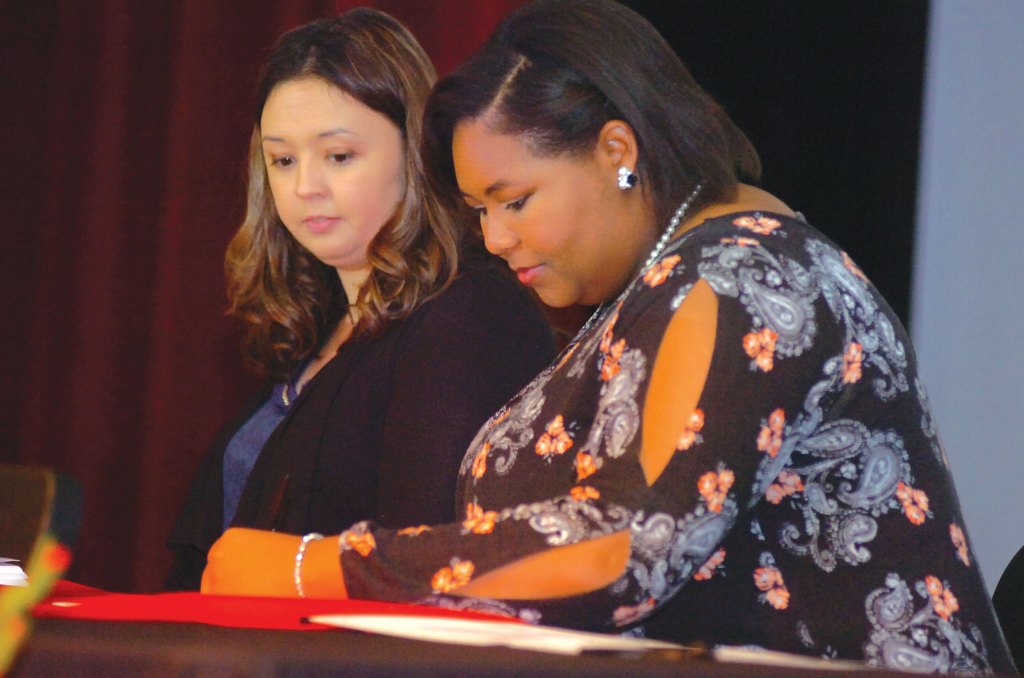 School counselor Austina Bruton said the idea for the event came to staff after the school was named distinguished in the past year’s KPREP results. The purpose of the event was to recognize the achievements of GRC’s graduating class, whether they will be attending college, joining the military or entering Kentucky’s workforce.

Students, friends and family members crowded into GRC’s auditorium for the event and cheered as the soon-to-be graduates were called up to the stage by Clark County Public Schools Chief Academic Officer Brenda Considine to sign for their futures in a fashion similar to an athlete signing with the team of his or her choice.

“It’s always good to see the parents here and hear the applause,” Bruton said. “But I think the event was most enjoyed by the students themselves. I think it went very well for the first year.”

Recognition was also given to students who completed pathways, which assists those who do not want to attend postsecondary education to learn technical skills to find employment.

Manley: Figuring out what to be when you grow…