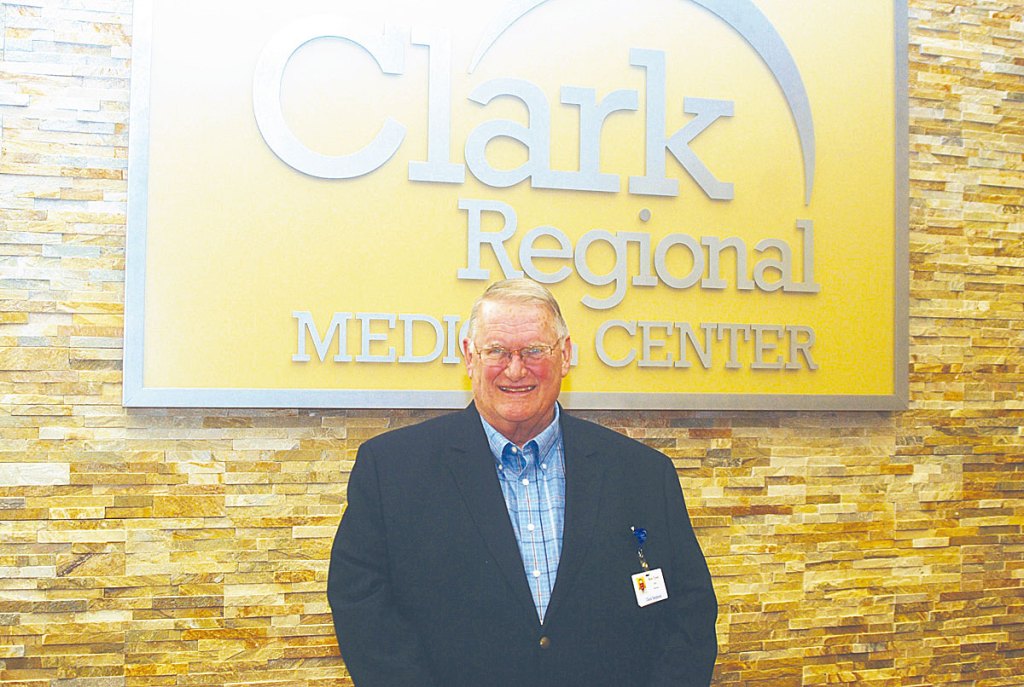 A familiar face has returned to lead Clark Regional Medical Center until a permanent CEO is hired.

Ron Tyrer of Clarkson, Ky., began his second stint as interim CEO of Clark Regional last week. He was also interim CEO for a couple months in 2013, prior to the appointment of Cherie Sibley as CEO. Sibley was recently promoted chief operations officer of LifePoint Health’s central hospital group.

Tyrer has served as an interim CEO following his retirement in 1997 first for Hospital Corporation of America and then for LifePoint after it was spun off from HCA.

“Most of the time I do them in Kentucky,” he said. “I think this is my 27th (interim appointment). It’s probably about 15 hospitals but I’ve been to some of them three times.

“I particularly like doing interim because it’s usually a two- or three-month term. I don’t want to work full-time, but I love working in healthcare.”

Tyrer started as a surgical technician after enlisting in the U.S. Army.

“When you enlisted, you could choose where you wanted to be or what you wanted to do,” he said. “I thought it looked interesting.”

Following his enlistment, including time as an infantry officer and recovering in a hospital from injuries, Tyrer returned to college and got his master degree in hospital administration, which started his professional career.

Tyrer said he expects to be here only a couple months until LifePoint names a new CEO. The hospital is also without a chief financial officer at the moment, he said, following the resignation of Amber Goodpaster.

“My role is to see we continue to plod along,” he said. “It’s a busy, busy hospital and they’re doing wonderful things.”