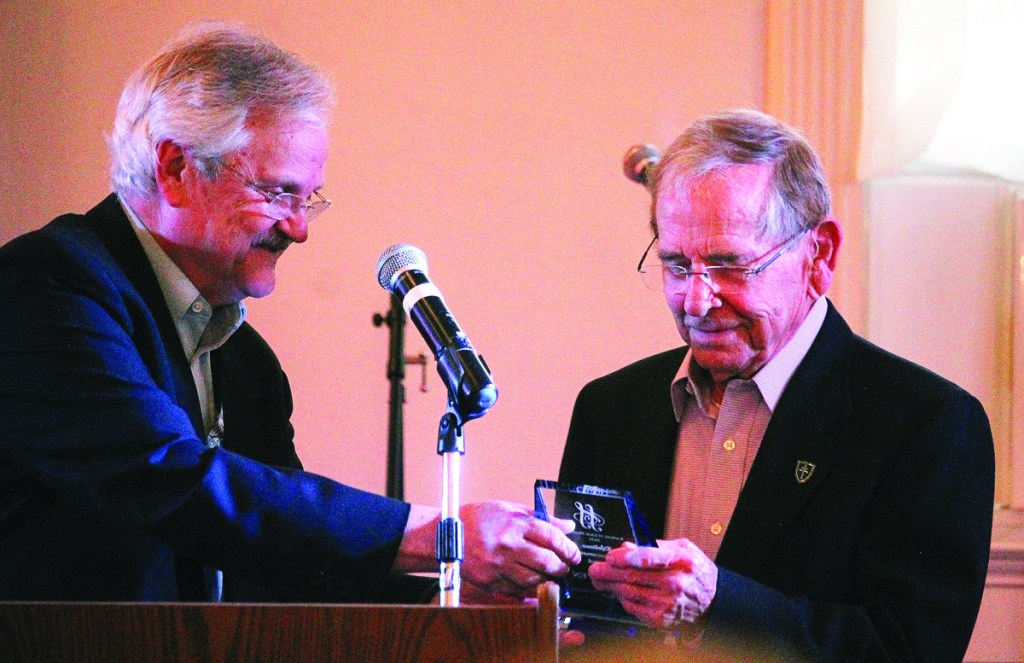 In its third year, the ALM Awards seeks to recognize anyone who has impacted music in the community.

The inaugural awards were hosted in 2015, when founder Donnie Reed made a dream he’s had for two decades come true. Reed said he wants to simply recognize all the talented people from the area for their hard work and accomplishments.

“I really think there is so much great talent here that we could hold our own against anywhere else in the country,” Reed said in his opening remarks.

Mike Butler was presented of the inaugural Founder’s Award by Reed. Butler began playing the guitar in 1967, when his mom bought him a Supro guitar and amp combination from Homer Ledford. Although he didn’t excel in lessons, he developed a love for the guitar and would go on to start a band with his lifelong friend Chester Smart, the White Soul Great Divide. Through the years, he played with several other bands, the last being Colby Station.

ALM President Dewey Pope recognized Bud Ecton with the inaugural President’s Award. Ecton’s first band gig was playing drums for “Dave and the Rock-its,” which played local dances and parties, eventually getting a regular weekend gig at the Daniel Boone Inn. He later got a steady job at The Palms in Lexington, playing six nights a week. He decided to try his luck in Las Vegas and had regular gigs at a variety of regional inns and taverns. Ecton now works in the restaurant industry.

Recipients of the 2017 ALM Music Awards were Tim Smith and Frank Kennon.

Smith has been in the radio business in Winchester and Clark County for more than 40 years. He started as a disc jockey in 1973, when he was 17 years old, at WWKY, and worked as a DJ at WVLK from 1976-1980. Smith owned the AM station 1380 in Winchester for four years and is currently employed by Gateway Radio Works.

Kennon’s love for music spans back to when he enjoyed watching his brother, Bill Kennon, perform with the band Exile. In the early 1990s, Frank Kennon learned the ropes of sound and lighting and went on to work with Exile in various ways over the years. He was hired at theater director at Leeds in 2007 and organized the popular Clark County Jamboree for the first time. In 2010, he helped organize the John Michael Montgomery country music festival, which drew thousands to Clark County for a couple of years.

Longtime Clark County band instructor Bob Cowen was presented the Lifetime Achievement Award. Cowen was band director from the 1960s to 1980s and taught students from elementary to high school. Cowen organized and performed with the Winchester Journeymen for 15 years and now helps organize the annual variety show to benefit the Generations Center.

Kitty Strode, chairwoman of the Daniel Boone Pioneer Festival and namesake of the Kitty Strode Concert Series, was recognized with the Hall of Fame Award.

Along with the awards ceremony, guests were entertained by Paul Osborn and Palmer Tolly, Jennifer Webb, Roy Burns and J.P. Pennington.