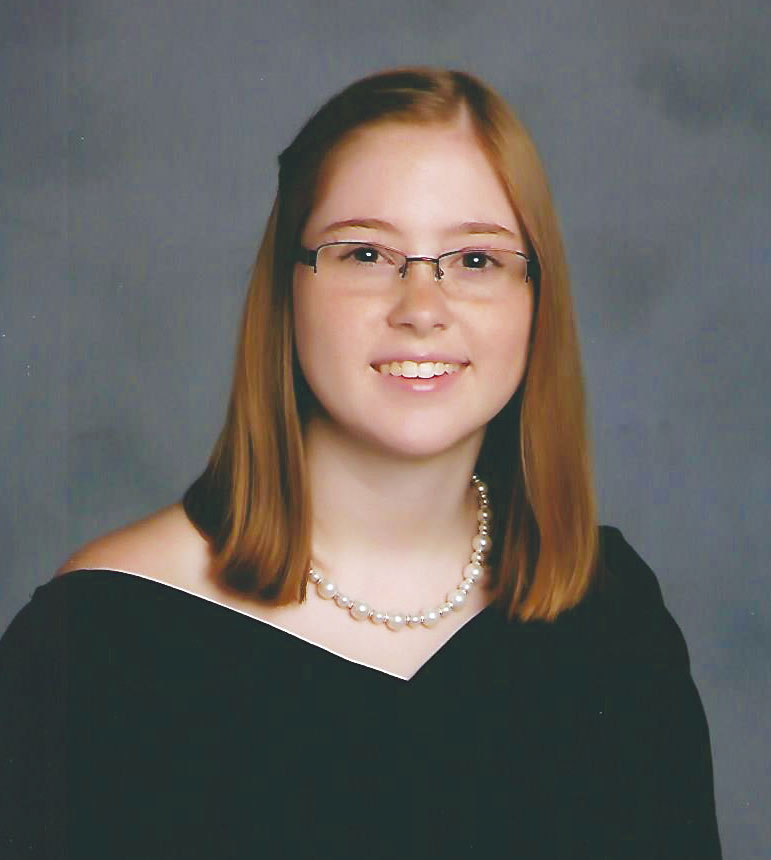 Allen Hutchinson, pastor at the First Church of God on Colby Road, says he never had an opportunity to meet Alexis Thompson, but he feels like he has gotten to know her through the love and memories others in the community have for her.

On June 3, Alexis’ friends, family and supporters will come together at George Rogers Clark High School to take part in a 5K — called Soles for Jesus — raising money for what she cared about most, the children of Clark County.

The money raised by the 5k will be used to help the family resource centers at elementary schools in the county provide children with whatever they need, be it food, clothing or backpacks. The church is even working on a mentoring program for students.

Alexis was 19 when she died in a car accident in May of 2016. Her father, Whitney Thompson, said she was a GRC graduate who loved working with the Health Occupations Students of America to help educate children in Clark County’s elementary schools.

“When she was a sophomore or junior she decided she wanted to be a pharmacist,” Whitney said.

Alexis got involved with HOSA and took part in many of the organization’s educational events at the elementary schools, including teddy bear clinics, teeth cleanings and health fairs.

“She was a good girl,” Whitney said. “She had a good heart and a contagious smile. She lived in the moment.”

He said his daughter liked to “march to the beat of her own drum.” When she wasn’t doing work with HOSA or working as a pharmacy tech, she enjoyed watching TV at home and just doing things by herself.

“She wasn’t someone who would stand in front of the class and stand out,” Whitney said. “But she was passionate about helping kids.”

The idea for the 5k came from Alexis’ mother, Vicki, Whitney said. Hutchinson said as soon as he and others at the church heard about the idea, everyone was onboard.

Hutchins said the church in the past had organized a similar event called the Freedom Run, and when the former organizers of that event heard about the 5k, they were eager to lend their experience to the cause.

Whitney said he and Vicki have been blown away by the way the community has rallied around them.

“We always knew Clark County was a great place to live, but after Alexis passed, the community has been unbelievable,” He said. “You know, people we haven’t even met before would come to the house and leave stuff on the steps. That happened for weeks.”

He said he and his wife have found comfort in talking to others about Alexis and keeping her memory alive.

“We may cry, but it’s OK,” he said. “It’s keeping her name out there and what she was about, who she was. My favorite memory of her was when she was 4 years old. We bought her ice cream off the ice cream truck and she was just so happy in that moment, so content.”

Whitney said there is no set goal they are hoping to reach with the 5K, but  the more money the event is able to bring in, the more students they will be able to help.

The event is not solely about helping others, although that is the goal. Whitney said it is also about helping Alexis live on through what she was passionate about.

“When you lose a child, especially your only child, your worst fear is of her being forgotten,” Whitney said. “That was probably a motivator at first, but as you go through that, you have to think ‘Well, what was she passionate about, what was her legacy?’”

Hutchins said the work Whitney and Vicki are doing is helping new people meet their daughter even after her passing.

“As a matter of fact, I’ve gotten to know Alexis through her mom and dad,” he said. “How they loved her, stories they’ve shared and things like that. It’s created an opportunity for folks at the church to dial on with them too.”

Tickets for the Alexis Thompson Memorial 5k can be purchased online at https://runsignup.com/Race/KY/Winchester/AlexisThompsonMemorial5kRunWalk. Registration ends May 24.

The Thompsons are also working with the HOSA chapter in Clark County to create a $1,500 scholarship for students who want to follow in Alexis’ footsteps in the health field.