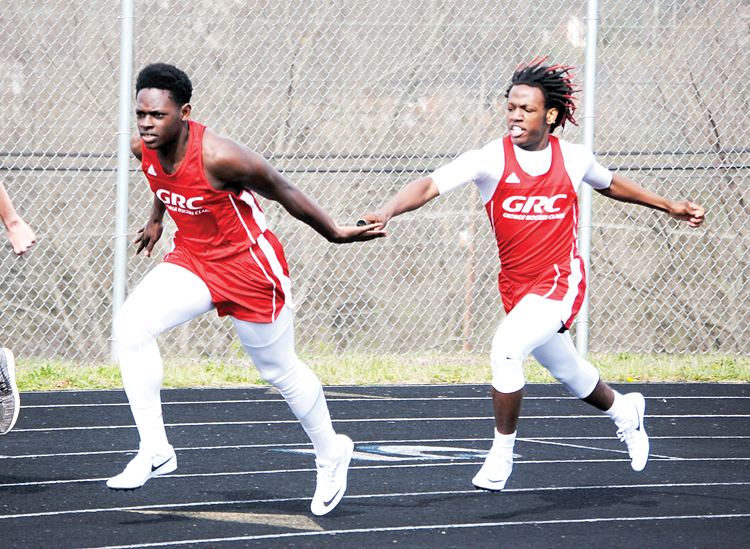 The George Rogers Clark High School track teams started the 2017 season off strong thanks to first-place and second-place finishes in the Mayor’s Cup in Mount Sterling Saturday.

It was the second straight win for the girls in the Mayor’s Cup. They also won the meet in 2011.

The boys were just 17 points back of first-place Montgomery’s 110 points. GRC finished with 93 to edge out Bath County’s 92.

GRC coach Dodd Dixon said the boys team is in the midst of rebuilding and hope to return the Mayor’s Cup to Winchester next season.

Mackenzie Cooper won the 100m hurdles with a time of 18.20, edging out teammate Skylar Carmichael in the event.

On the boys side, Jonathon Reitral finished third in the 110m hurdles and second in the 300m hurdles.

Then the team will begin preparing for its “home” meet — the GRC Heavy Metal Throwdown, which the team hosts at Translyvania University in Lexington on April 8.